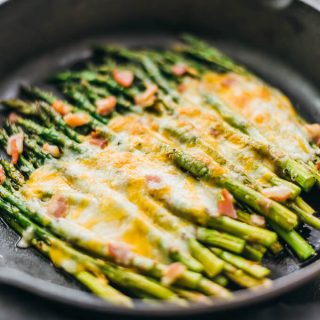 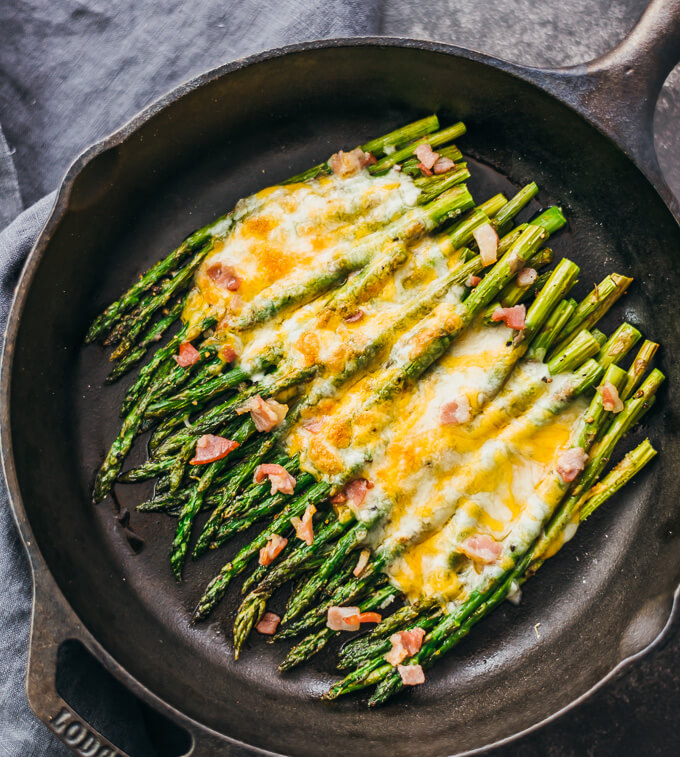 This cheesy asparagus with bacon is very versatile. You can have it for dinner, as a side dish for a seafood entree, or as a delicious snack. It’s also a really simple recipe — the only ingredients you need are asparagus spears, shredded cheese, bacon, garlic, olive oil, salt, and pepper.

And it’s fast, taking only about 30 minutes total for prep time and baking time. After roasting, I give the whole dish a bit of broiling, so that the bacon can crisp up a bit and the cheese can turn golden. It’s a fabulous simple dish for anyone looking to add more vegetables into their diet. 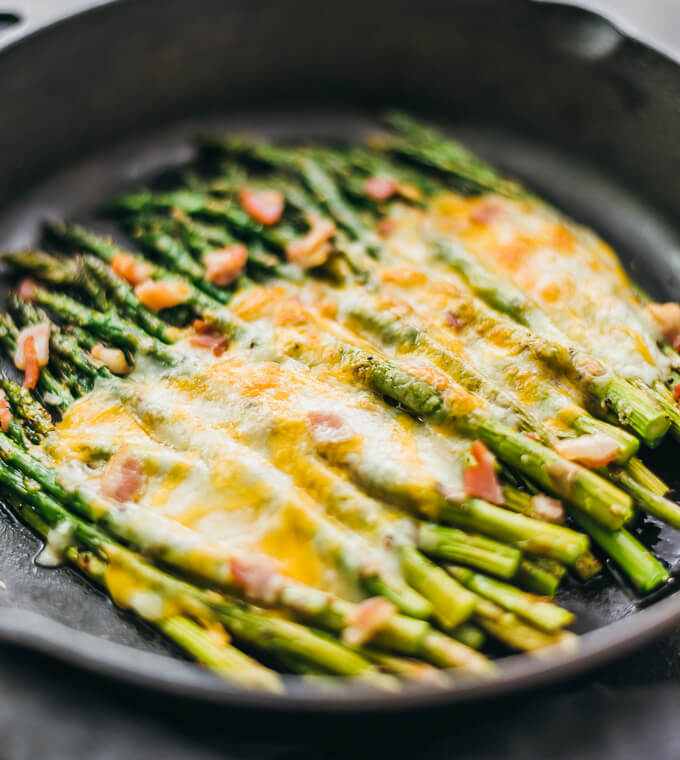 Baked asparagus is one of my favorite ways of cooking this vegetable, but not the only way; more often than not, I’ll do a quick pan-frying of asparagus with a paprika-parmesan mixture, which is a super fast method. But on days when I have more time, I prefer to roast them as I do here, with plenty of cheese and bacon. It makes for a fantastic side dish that can help feed several people.

Watch the baking time for asparagus. Depending on your oven (baking times for different ovens can vary wildly for the same result), how tender you prefer your asparagus to be, and the thickness of your asparagus spears, you may need to cook longer or shorter than my estimated time in the recipe. I used relatively thin spears and it took about 12 minutes to get tender-crisp. Also, be vigilant whenever the broiler is on, as food can quickly burn when broiling. 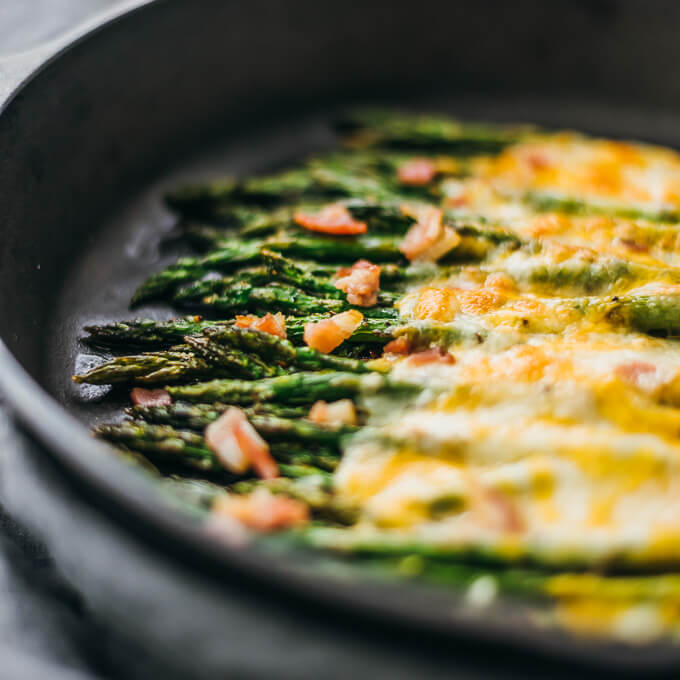 This recipe is pretty lenient about ingredient substitutions. For the cheese, you can use any easily melted cheese including cheddar, mozzarella, swiss, pepper jack, and provolone. I usually use a mixture of cheddar, mozzarella, and jack. I don’t use many seasonings or spices in this recipe so you can add any herbs that you have on hand. If you’re serving this side dish to vegetarians, you can crisp up the bacon on a separate baking pan and serve it on the side.

If you like bacon just moderately cooked (like in these photos), you can follow the recipe as is. If you’re like me and you prefer really crispy bacon, don’t put the diced bacon on top of the cheese and asparagus; instead, put the bacon off to the side in a single layer on the pan so that it can crisp up nicely under the broiler. Once broiled, just scatter the crispy bacon bits over the asparagus. 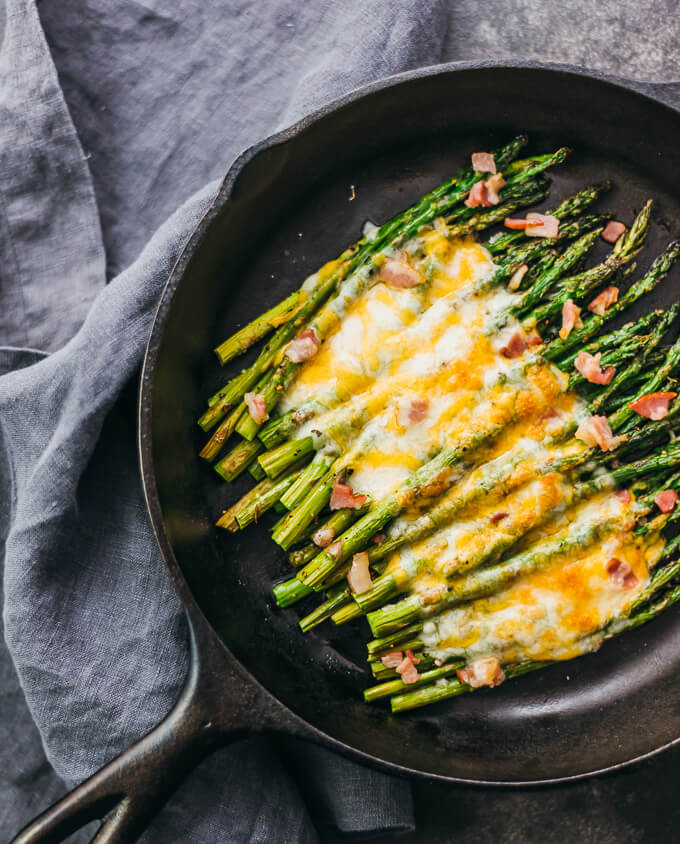 I’m going to be making the cheezie asparagus w/ bacon for a side dish for our Mission Emphasis Luncheon. Our family had to bring a side dish. Hopefully it turns out beautifully!

Hope it turned out well!! 🙂

What is the serving size?