Summary:
These homemade baked potato wedges are seasoned with olive oil, basil, paprika, and cayenne before roasting in the oven. Then, each potato wedge is sprinkled with shredded cheddar cheese, which melts into a delicious layer over the crispy potato skin. 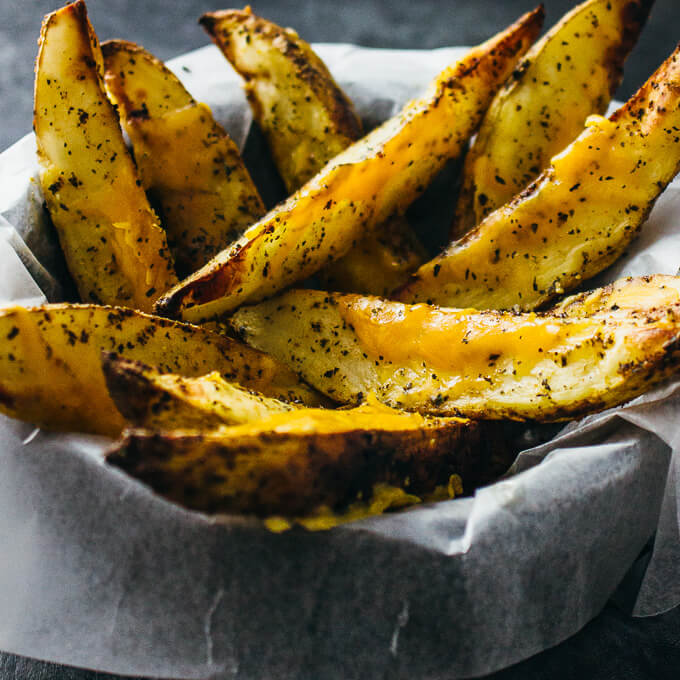 After making these honey-cayenne chicken tenders two weeks ago, I thought it was only appropriate to make fries to go with them. I love a tasty thick-cut potato wedge with crispy skin, and these are remarkably easy to make at home with your favorite spices and herbs. I also had some leftover sharp cheddar that paired nicely with them. 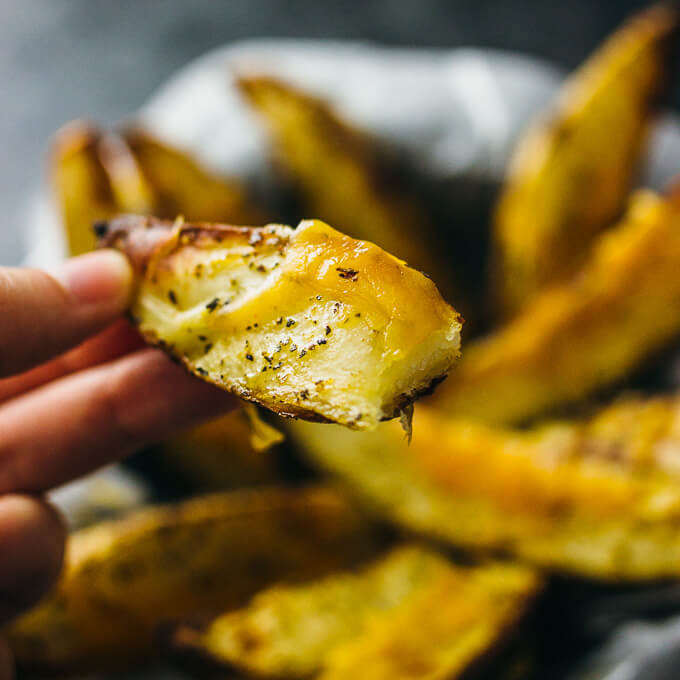 Let me answer some common questions about baked potato wedges.

How to bake potato wedges with cheddar cheese: First, you’ll want to bake the potato wedges until they’re crispy, which takes about 45 minutes at 400 F. I like to stand them up with skin sides facing down on a baking tray, and with a small gap between adjacent wedges. After they’re done baking, I rotate them so they are laying on their sides and touching each other, so that it’s easier for the cheese to adhere to them. Then I return them to the oven for another few minutes until the cheese is completely melted. I’ve tried other methods and this one is definitely the easiest. 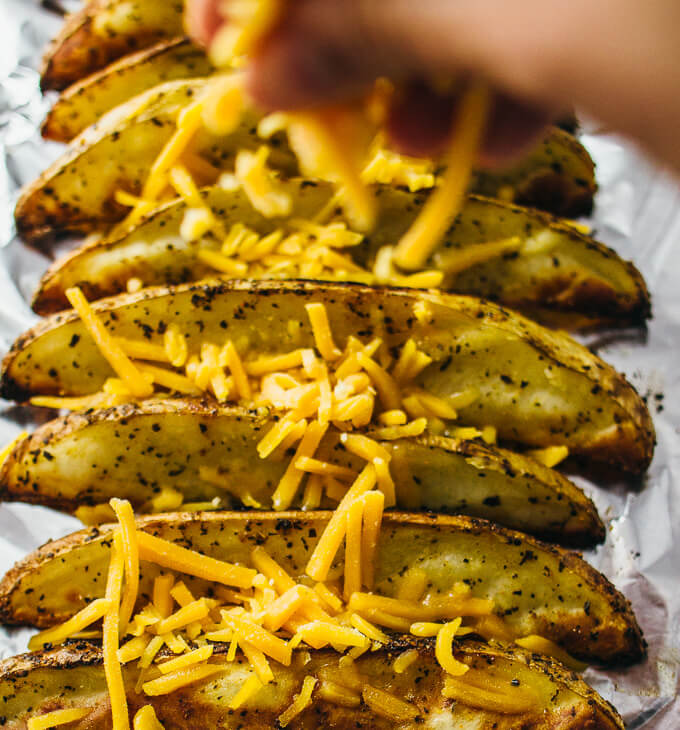 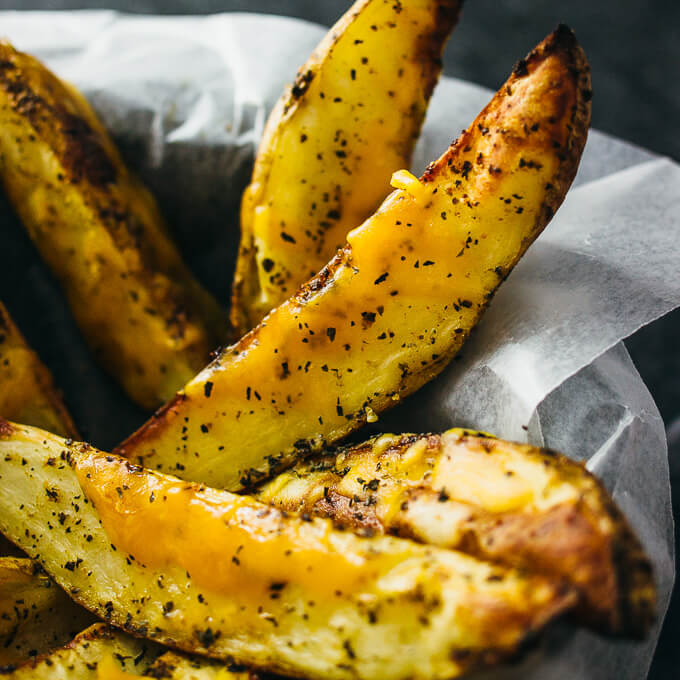 My husband gave me the “I’ll eat this whenever” look at first bite! Recipe has been saved for prosperity- thanks so much for sharing.

Haha I’m so glad to hear you guys enjoyed it! Hope you have a chance to make it again soon 🙂

This was so delicious. Reminds me of the kind at KFC!