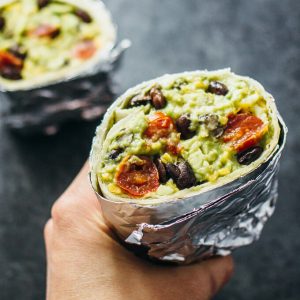 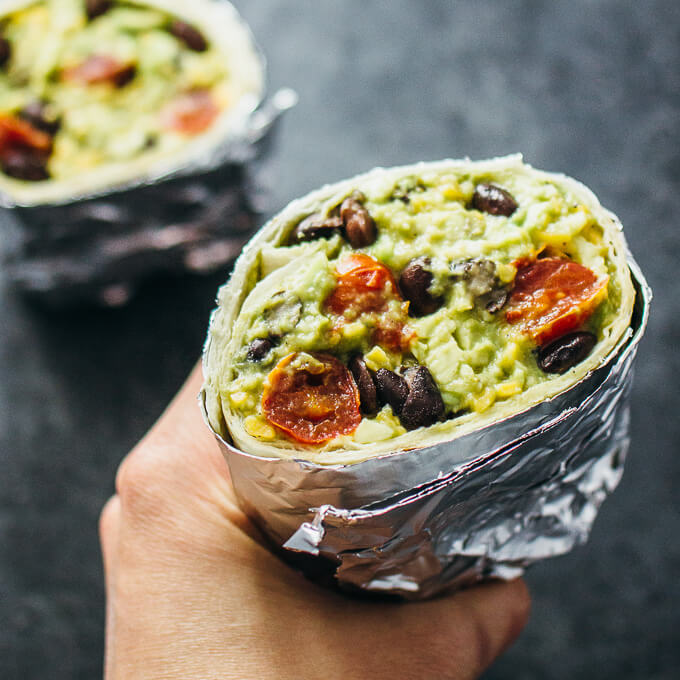 Growing up in southern California, avocados were everywhere, even falling off of trees in my neighbors’ yards. Naturally, I was making guacamole all the time, and I would try to make guacamole in large enough quantities to pass as a proper dinner. For me, guacamole was no mere appetizer; it was the star of the show. I wouldn’t even pair it with chips because I wanted to save space in my stomach for more avocado goodness. My preferred guacamole was what I called “cheesy guac,” where I would mix chunky avocado with equal parts pepper jack cheese, and followed by lime juice, salt, and pepper to taste. Then I would mix it all up and devour immediately. And repeat again the next day. 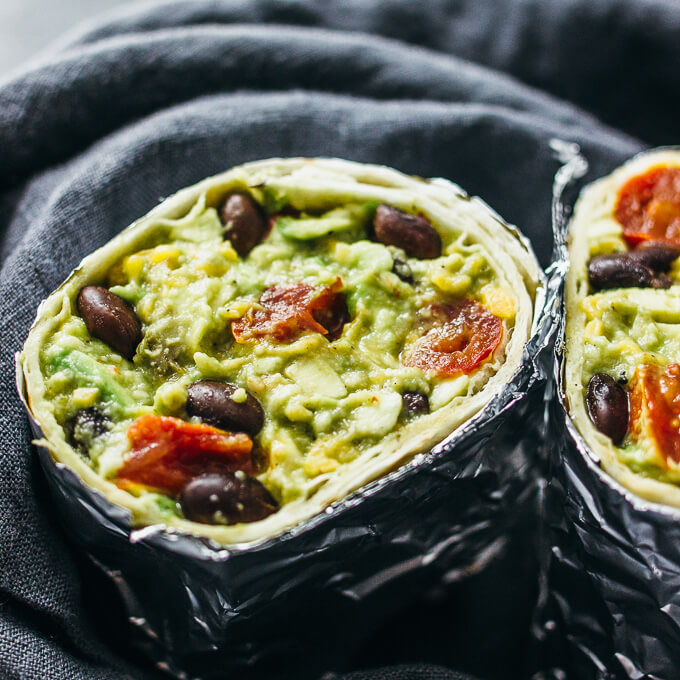 Today’s guacamole burrito recipe is an upgrade to your typical guacamole. We have some delicious black beans along for the ride, as well as balsamic roasted grape tomatoes with garlic (amazing). And that’s pretty much it. Let’s not pretend that there’s any real cooking going on here; just a quick roast of the tomatoes and garlic, and then the rest is countertop burrito assembly work. It’s a fast recipe. All we have are a few simple ingredients, but lots of them, so these burritos are definitely loaded and quite filling. The resulting taste of all of this? A super savory and soft burrito that melts in your mouth. 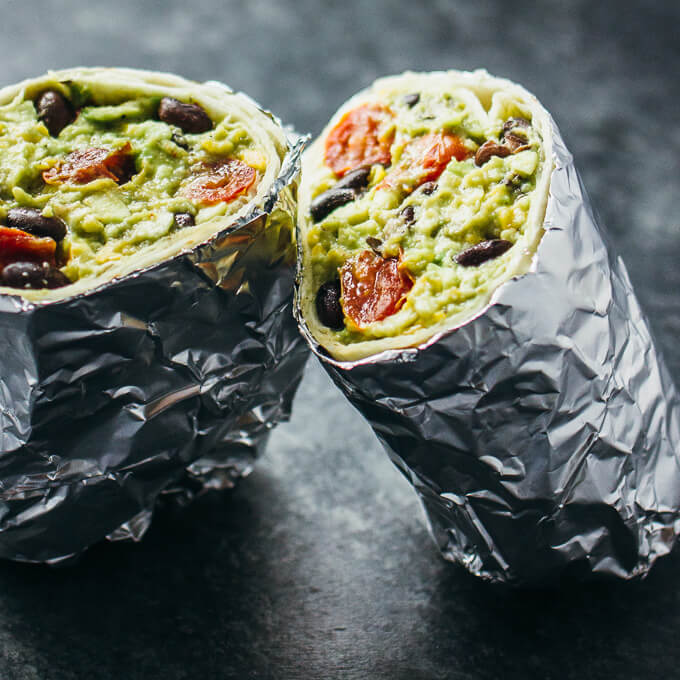 These guacamole burritos are vegan so you can make it for all of your vegan friends. But, if you want to un-veganize this recipe, I recommend borrowing a line from my “cheesy guac” days and adding 1 cup of shredded sharp cheddar cheese for extra flavor and pop of yellow. You won’t regret it. 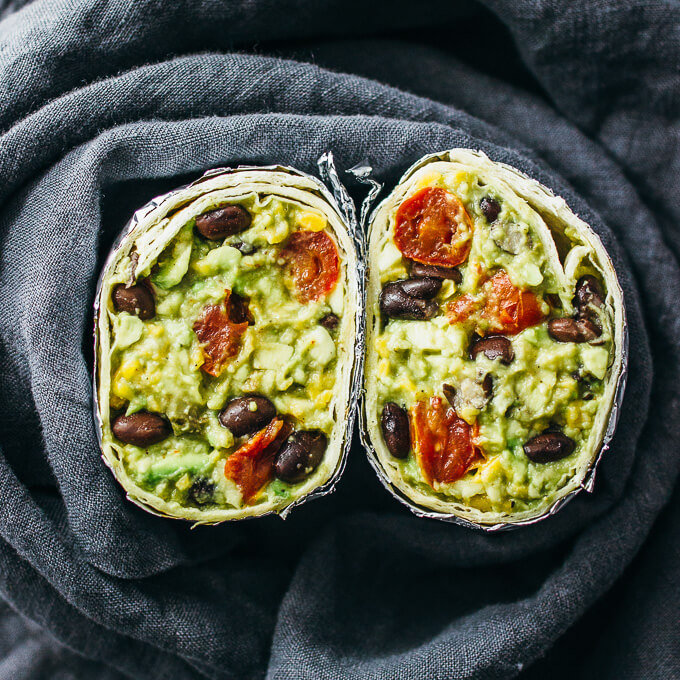 You wrap up in foil at end…do you bake after they are wrapped in foil?

No, they do not bake after wrapping in foil. I wrapped them in foil for easier handling and eating.

How about adding fresh cilantro ?

Do you strain the beans? I wasn’t sure, so I did. These were amazing, thank you so much!

Yes, I do strain the beans, and sometimes give them a rinse and drain too. Glad you liked this!! 🙂

I just made these last night for the first time, and they were so delicious that I had to make them again today. I would’ve never thought to add garlic tomatoes cooked in balsamic vinaigrette in avocado, but it worked so well together! Thanks for the great recipe!

Thanks Rebecca, glad to hear that you enjoyed them!! 🙂

Ok, I am literally making a grocery list right now, and these ingredients for this recipe are going on it! Did I mention that I’m practically drooling? Thank you for such a fantastic recipe, and I look forward to more!

This Guacamole Burrito looks SERIOUSLY AMAZING! Cant wait to give it a go!!!