Summary:
Calling all chocolate and peanut butter lovers -- this keto shake is an easy drink that you can enjoy any time or meal of the day, whether it's breakfast, dessert, or post-workout. Low carb recipe. 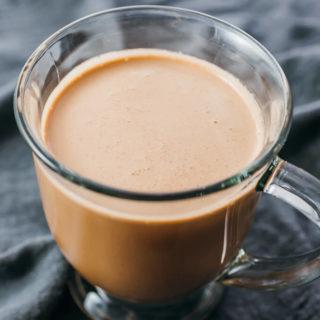 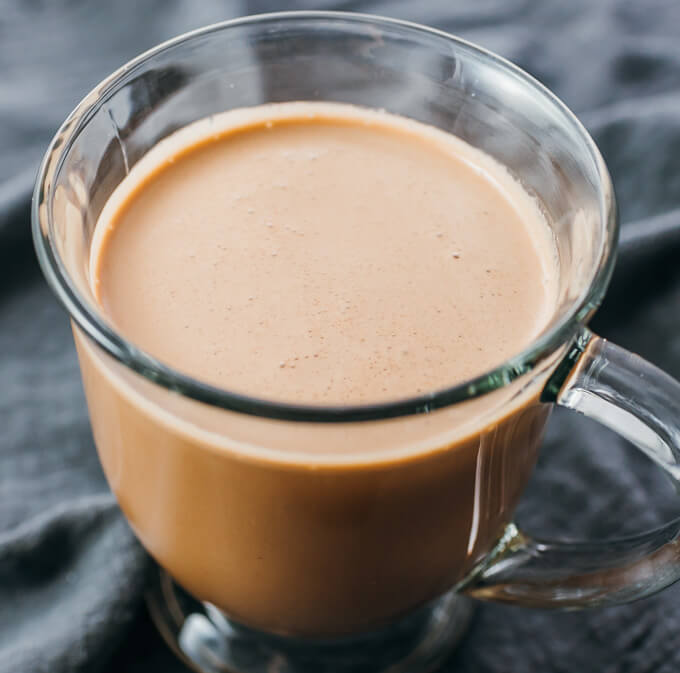 Every time I drink this, I feel like I’m drinking chocolate milk, flavored with peanut butter. Being on a keto diet, it’s been awhile since I’ve had a glass of real chocolate milk.

The texture is smooth and creamy, with a rich chocolate flavor. It’s not too sweet at all — more like a dark chocolate shake.

This recipe is a homemade recreation of the Atkins Dark Chocolate Royale Shake, plus peanut butter.

You might be wondering why a drink recipe uses cream cheese and boiling water. The cream cheese imparts a thick and creamy taste to the overall drink (similar to its role in Keto Milkshake Smoothie With Raspberries); without it, this keto shake falls flat and tastes watery.

The salt is also essential. It enhances all of the flavors in the drink, especially the chocolate. 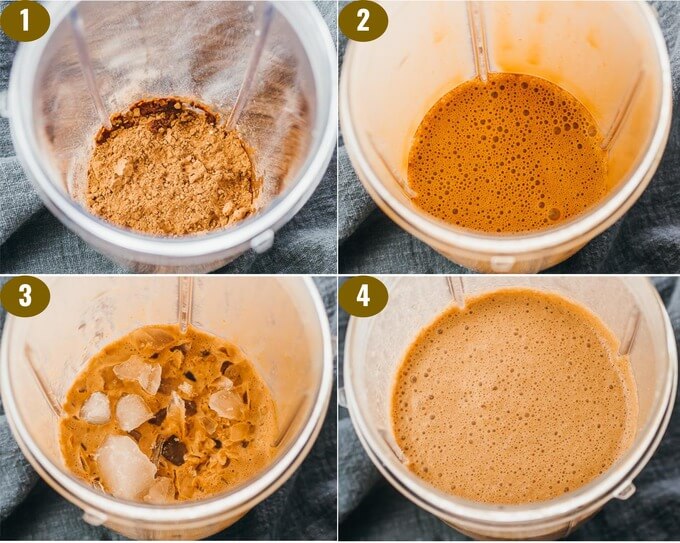 There are two different methods listed in the recipe. The first uses a blender, which I recommend for ease of use. I use a Nutribullet, which is a personal blender, not a full-sized one. It’s great for smaller liquid amounts.

The other method is for people who don’t want to use a blender. Instead, you can shake the mixture until it’s smooth. This also produces good results, but just requires a bit more effort to vigorously shake the mixture.

Let me know in the comments if you come up with any other flavors. 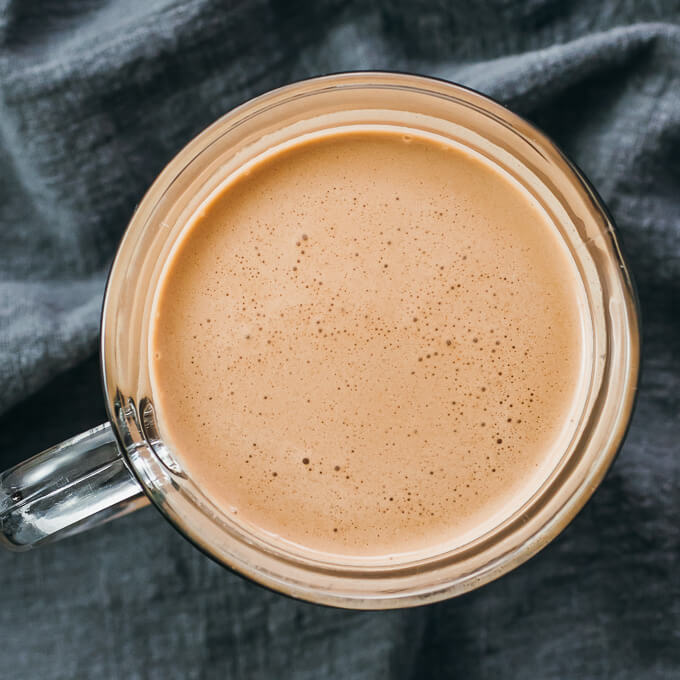 Choosing an almond milk and sweetener

The almond milk should be both plain (not vanilla) and unsweetened. You might see versions labeled “Original” and that usually means it’s sweetened. To figure out if it’s unsweetened, read the nutrition label — there should be 1g net carbs per 1 cup serving.

I use swerve to sweeten this drink. It’s an erythritol blend that has a 1:1 substitution ratio for sugar. I use the confectioners version, but the granulated version should also work well.

You can also use pure erythritol, but it’s only about 70% as sweet as sugar, so you’ll need to use more than what the recipe specifies.

If you have a preferred sweetener, just add it to taste until your desired sweetness is achieved.

CHECK OUT THESE KETO DRINKS: 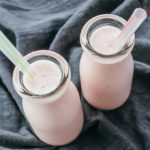 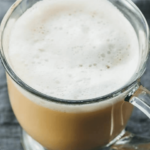 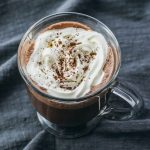 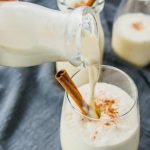 I just recently started the Keto diet and I needed a good shake for my breakfast. I tried this recipe and its DELICIOUS! I thought it tasted exactly like reese’s puffs cereal (lol). Its the perfect amount of sweetness and still a good amount of peanut butter for taste!

I used an unsweetened coconut milk in a can, Adams natural peanut butter, and followed the recipe from there. It turned out thick and creamy. The flavor was delicious. I opted for canned coconut milk over almond because of all the junk in store bought brands.

Will use this as meal replacement drink. Going to try espresso shots in next batch. Thanks for the great recipe!

I tried your recipe and it was AMAZING! I did add an extra scoop of peanut butter because I’m a PB freak lol. And it’s my new favorite recipe. Thank you for sharing this with us!

Can you use silk unsweetened coconut milk instead of almond milk, and stevia (powdered) instead of swerve?

I haven’t tested this recipe with coconut milk, so I’m not sure if it would adversely affect the taste. Substituting with stevia is fine as long as you add to taste or convert so it’s the same sweetness.

Could you use chocolate protein powder instead of plain cocoa?

That might work but I haven’t tried it before. If you give it a shot, let me know how it goes! 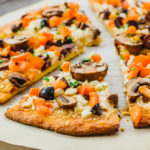 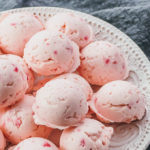