I was a high-carb eater for the majority of my life — I grew up eating rice, bread, and other highly refined carbs. I also loved anything sweet, including sugary fruit drinks, cinnamon rolls, and white chocolate.

In college, I started getting symptoms of what I now know is reactive hypoglycemia. If I didn’t eat every two or three hours, I would start feeling shaky and sweaty. Nobody commented on my unhealthy diet or encouraged me to eat healthier because I have always been thin; people assumed that I was healthy because I was skinny.

It wasn’t until after I started this website that I began to question what I was eating and how it was affecting my body. As a recipe developer, I wanted to know if my recipes were healthy or not. To learn about nutrition, I started reading scientific journal papers. It was a gradual learning process driven by curiosity; there weren’t any serious or urgent health issues that prompted it.

The decision to pursue a low carb lifestyle wasn’t easy — I wasn’t sure if this was something I wanted to devote a lot of effort to. I asked myself why I was adopting a restrictive way of eating when I didn’t have to. Ultimately, I decided that a low carb lifestyle would allow me to live the best life I could, and that was important enough to me.

The first thing I did was have long discussions with Mr. Savory Tooth to learn what he knew about nutrition, and that’s how I first heard about the ketogenic diet and ketosis.

The second thing I did was read The Obesity Code by Dr. Jason Fung. I found the book to be mind-blowing, and I was so excited about the things I was learning that I would take long notes while reading the book. Every evening, I would use my notes to talk to Mr. Savory Tooth about what I read, and we would dissect everything together and come to our own conclusions based on the scientific findings presented in the book.

This led me to the decision to try carb restriction. Mr. Savory Tooth and I decided to jump head first into a strict keto diet by consuming less than 20 g of net carbs per day. The transition wasn’t seamless — my body wasn’t adapted to primarily burn fat and I felt fatigued and sluggish for the first week. What really helped was making sure that I was drinking enough water and watching my electrolytes (magnesium, sodium, and potassium intake). After the initial 2 weeks, I felt normal again.

I felt great knowing that I was eating healthy and treating my body well. I no longer had hypoglycemia crashes. Another benefit that I hadn’t even considered before was dental health. I have soft teeth and they’ve been plagued by tooth decay all of my life. I have had countless dental fillings and crowns over the years. It’s good to know that by reducing carbs, I’m no longer feeding the bacteria in my mouth that causes tooth decay. I’ve also noticed other benefits like clearer vision, mental clarity, fewer headaches, better digestion (significantly less gas), less stomach bloating, stable blood glucose levels, and no longer “hangry” all the time.

Like many others, I thought that a low carb diet would be very restrictive in terms of what I could make and eat. I was pleasantly surprised to find that was not the case. There are so many delicious foods that are low in carbs, and it’s easy to convert most high carb recipes to low carb versions. You can probably find a homemade recipe for nearly any high carb craving that you have, whether it be bagels, cookies, or cheesecake bars. Going low carb has fueled my creativity on the site, and Mr. Savory Tooth and I have been having fun creating low carb versions of our favorite foods.

After experimenting with this way of eating for 4 years, I have started settling into a good rhythm. My diet is “low carb, sometimes keto” — I am not on a strict 20g/day keto diet, but I eat low glycemic foods by either reducing carbs or buffering my meals with protein and fat. I try not to be too restrictive with my diet because I can become easily obsessed with numbers and tracking, leading to disordered eating behaviors. For me, the most sustainable diet in the long-term is one where I’m allowed to eat what I wish while being mindful of what is healthy for my body.

Thank you so much for “Savory Tooth“ and all the information you have compiled and shared with everyone. I’m 73 and have been looking for help since being told in October I was pre-diabetic and given no help or direction by my physician. I searched for information from so many sources with little meaningful success until finding the “Obesity Code”. Having been a medical technologist in my younger years it’s the only thing that made sense to me. I needed to determine if my problem was a result of age, genetics or just poor diet.
I then started discovering the no sugar and low carb blogs and started considering the keto diet. I went for my last lab work two days before everything shut down because of the COVID virus and then my doctors canceled my follow up appointment with a panicked phone call telling me to see a nutritionist (we don’t have any here) and sent me a flimsy flier from the Diabetes Association. That did it, I decided to try a keto diet and I haven’t been strict because I didn’t know enough but it seems to be working (175-140 pounds). I got a glucose/ketone meter last week and was able to determine I had a fasting blood sugar of 93. I really need to find out about my A1C if things ever open up again.
Savory Tooth has the best, most concise and easy to understand information I’ve found. Then there are the wonderful recipes too! Thank you so much for all your hard work and sharing your knowledge with us. It has changed my life and given me hope! I eat so much better now because I know better. BTW I’m making the pulled pork and bbq sauce for the holiday weekend! Have a happy 4th!

I have been doing keto since July when I found out I have PCOS and was not getting regular cycles. Now I am down 40lbs and have a normal cycle EVERY month. I have just come across your blog about a week ago and seriously… you have CHANGED MY LIFE with it!!! Thank you for your delicious, recipes and tips for low carb meals. I have made your blueberry muffins, instant pot chicken thighs, hunan beef and chocolate cake and I am beyond impressed. Keep it up!! THANK YOU

Just found your blog while looking for a recipe for low carb hot chocolate. Love your site. Thanks for sharing your journey, doing the research and sharing recipes. Started my keto journey in May 2018 in order to reduce inflammation in my body. I was having severe joint, back and hip pain due to degenerative disc and arthritis. It has really made a difference. Thanks for all you do for the keto community.

You’re welcome, Gloria. I’m happy to hear that keto has improved your health. Best of luck in your journey 🙂

Hi Julia,
I started the ketogenics diet to lose weight but after I started, I found my cravings for sweets stopped and I was able to make better choices. I have so much more energy that I am working out as well. I also found out that a keto diet is great for alzheimers which my mom has so her and I eat keto while the rest of the family eats carbs. I have become a believer and will always be a be a keto person even after I lose the weight. I just dont know what to cook that my mom and I can eat and the whole family will enjoy also. Everything looks so good on your site, I cant wait to try some of your recipes. I am new to this world and your story about how carbs made you feel is similar to my story, too. Thank you for your insight, I think it will really help me make this positive transition.

Hi Debi, thanks for sharing your story! It’s very inspiring to read and it sounds like you’ve made amazing progress in so many ways. Best of luck in your journey and I hope you can find some recipes on the site that the whole family will enjoy! 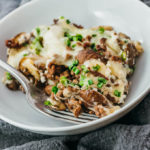 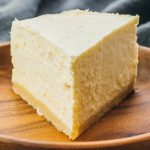 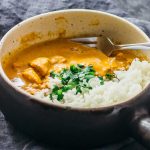