Summary:
This easy roasted cauliflower is a super comforting low carb side dish, loaded with bacon and cheese. 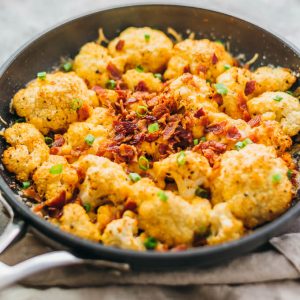 Roasted Cauliflower with Cheese and Bacon 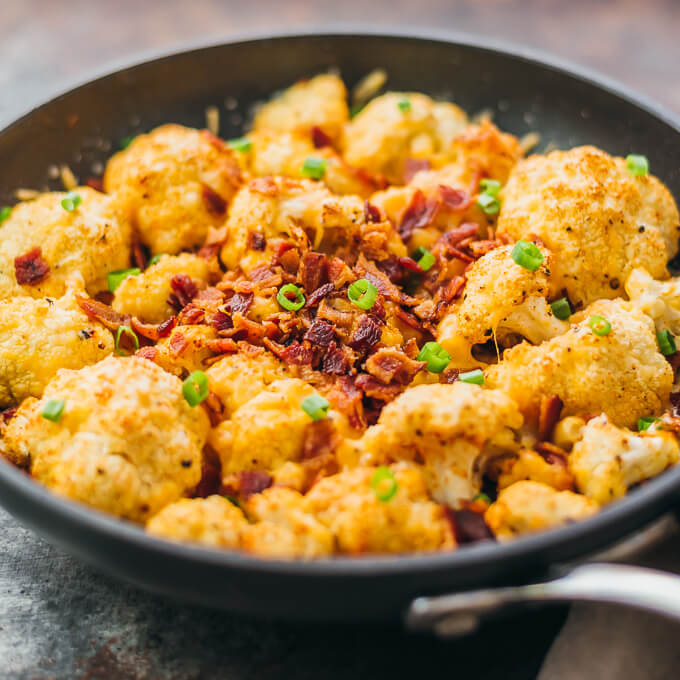 Sometimes I feel like I’m stuck in a rut, always cooking beef or chicken for dinner. Every now and then, I try to change things up and highlight a vegetable as the main focus of the dish, which also lets me explore seasonal vegetables.

I haven’t cooked with cauliflower in a while, so I decided to make a simple roasted cauliflower skillet with bacon and cheddar and it did not disappoint. The cauliflower florets were tender and tasty, and the cheddar and parmesan cheese mix with crumbled bacon was nothing short of amazing. This was also a really simple dish that I could whip up with just 10 minutes of prep time. 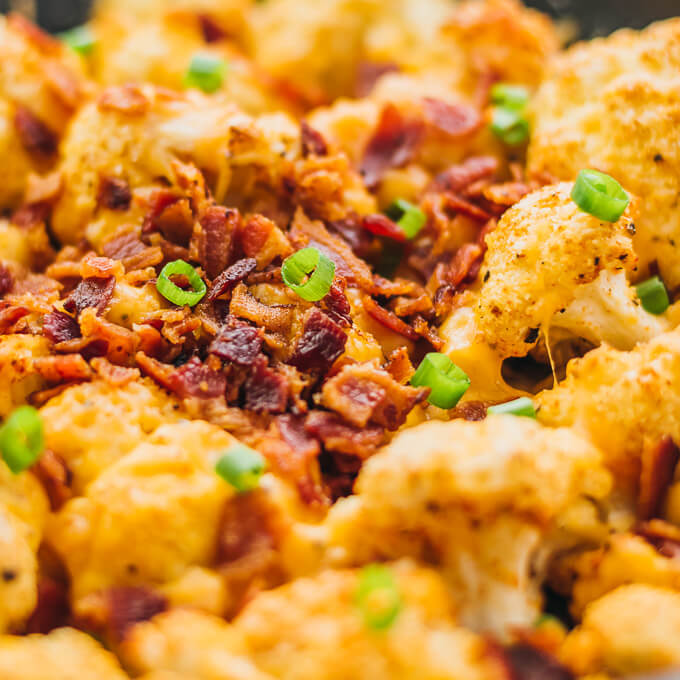 This loaded cauliflower is a great example of how low carb dinners can be amazingly tasty. When most people who haven’t tried a low carb lifestyle (such as keto or Atkins induction phase) think about low carb foods, they generally think they’re supposed to eat salads and lettuce wraps all the time.

What they don’t realize is all of the delicious foods that are low in carbs, including any kind of protein (chicken, beef, pork, salmon, shrimp, bacon), cheese, and certain vegetables. This results in a ton of delicious combinations, and I’ve been having fun coming up with new low-carb dinners that are healthy as well as comforting. Eating low carb definitely doesn’t feel like you’re on a traditional diet. 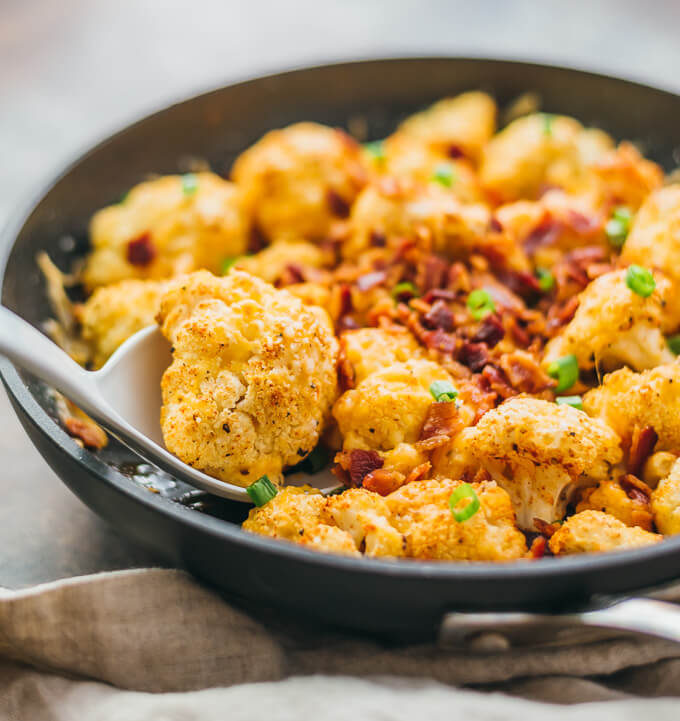 Let’s talk ingredient substitutions. I can’t imagine wanting to replace the cauliflower, but you could substitute it with broccoli if you prefer. Just watch the cooking time. For the cheese, you can use any kind you want. I used a mix of shredded cheddar cheese, grated parmesan, and grated asiago cheese. I loved the blend of flavors and the cheese really stands out. The rest of the recipe’s ingredients are pretty simple, and if you want to add some spices and herbs, you can toss them with the cauliflower florets prior to baking. 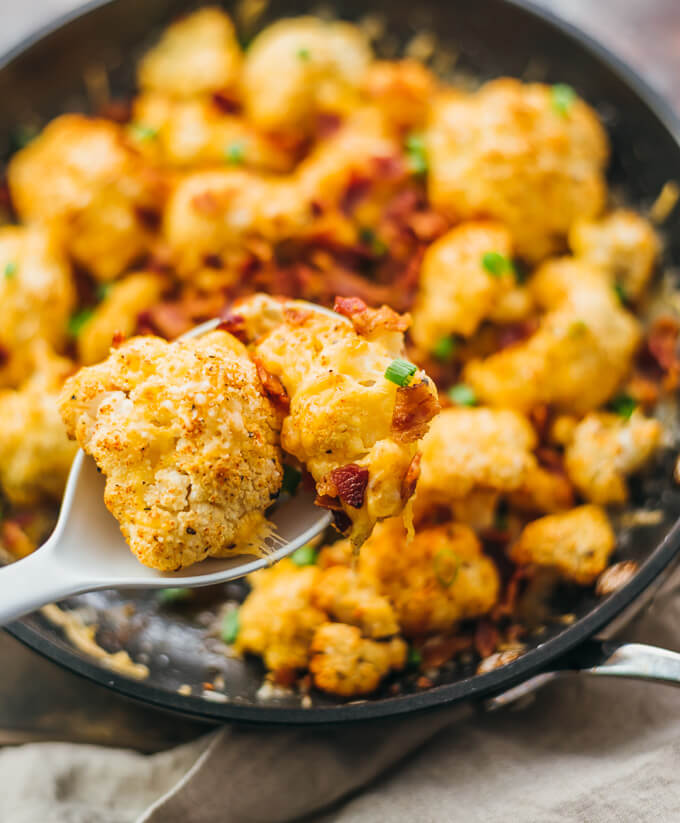 This is a perfect dish for a cast iron pan. Rather than transferring bacon fat to a plastic bag, I just removed the bacon from the pan, tossed in the cauliflower, and mixed it around with a bit of salt, pepper chili flakes, some za’tar seasoning (which is primarily thyme and sesame seeds) and a sprinkling of ground sumac — then into the oven to bake.

While it was baking I cleared hard cheese remnants from the fridge, ran them through the food processor grater blade and mixed the bacon crumbles and thin sliced scallion together.

When cauliflower was mostly done slipped it out of the oven and topped it with the bacon-scallion mixture and then grated cheese cheese.

To up the acid a bit, topped this off with a squeeze of fresh lemon juice and a dusting of freshly grated lemon zest. Then back in the oven until cheese had melted nicely.

I’ve just made this meal for my family and it was so delicious and yummy !

This is a delicious way to serve cauliflower,the family loved it, and request it often.

You’re welcome Kim! Glad it turned out well for you 🙂

Vote Up0Vote Down  Reply
Angèle @ A Cup of Sprinkles

This looks delicious ! It’s definitely is going on my to-try list !

Love the colors of this dish as much as the aroma when making it!

Not going to lie, this may be the most appetizing veggie I’ve ever seen. Cannot believe how good this looks!

I will be trying this for sure. I have seen versions before but I like the way you guys do it! I will let you know. Thanks for sharing!