Summary:
One of the simplest Salad Recipes, this spicy Asian cucumber salad with green onions is tossed in a soy sauce and sesame oil dressing. Low carb, keto, gluten free, and vegan. 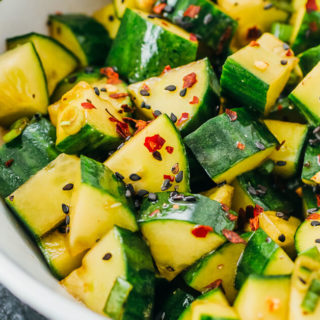 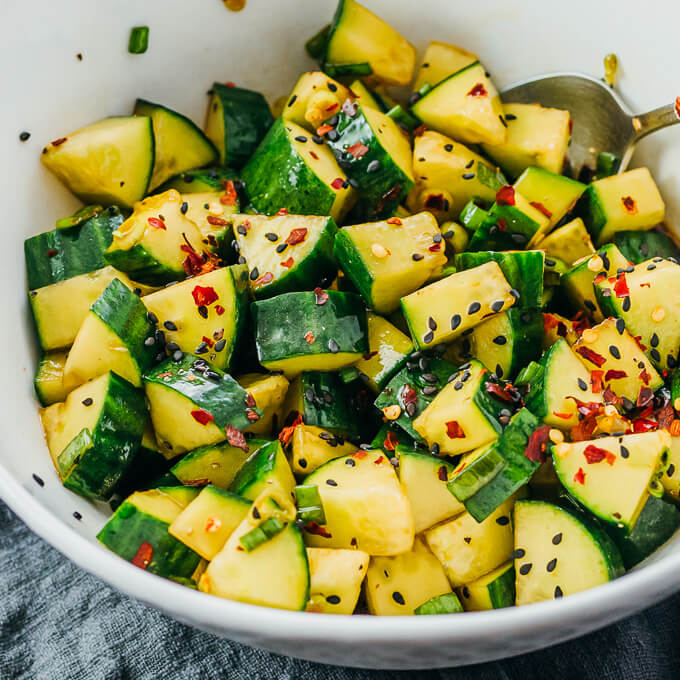 This is one of my favorite Asian salads — light, refreshing, and simple. Chopped cucumbers and sliced scallions are combined with a savory dressing of soy sauce, sesame oil, vinegar, sesame seeds, and crushed red pepper flakes. You might have had similar versions served in Chinese, Thai, Korean, or Japanese restaurants.

The cucumbers are juicy and crunchy, with a spicy tang thanks to the dressing. I think it gets better with time, so I usually let the cucumbers soak in the dressing for at least thirty minutes before tossing again. 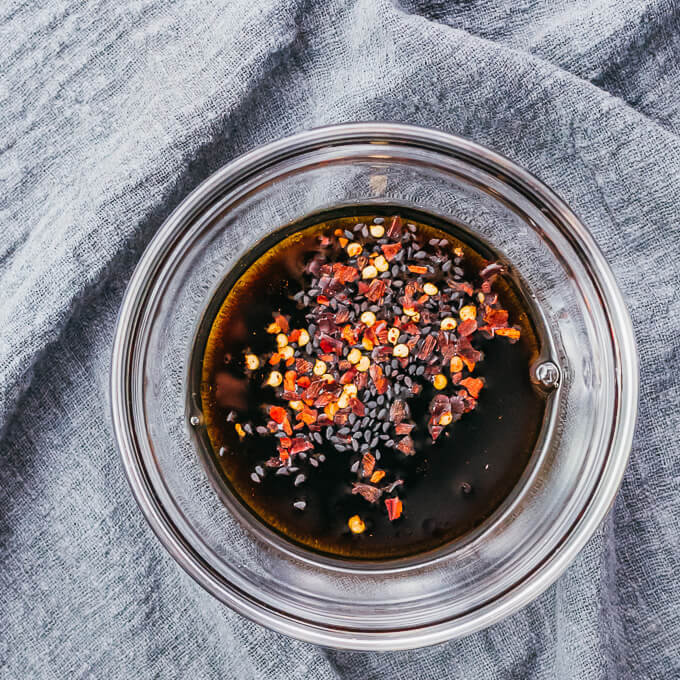 This is a pretty forgiving recipe, and you don’t need to use the exact ingredients or precise amounts. You can even add ingredients to taste until the dressing is perfect for you.

This is especially true for crushed red pepper; you’ll want to add that until the dressing reaches your desired spiciness. The same goes for salt and pepper.

I recommend using low or reduced sodium soy sauce — note that this is different from “light soy sauce” — so that you can adjust the saltiness of the dressing. Otherwise, it could be very salty. 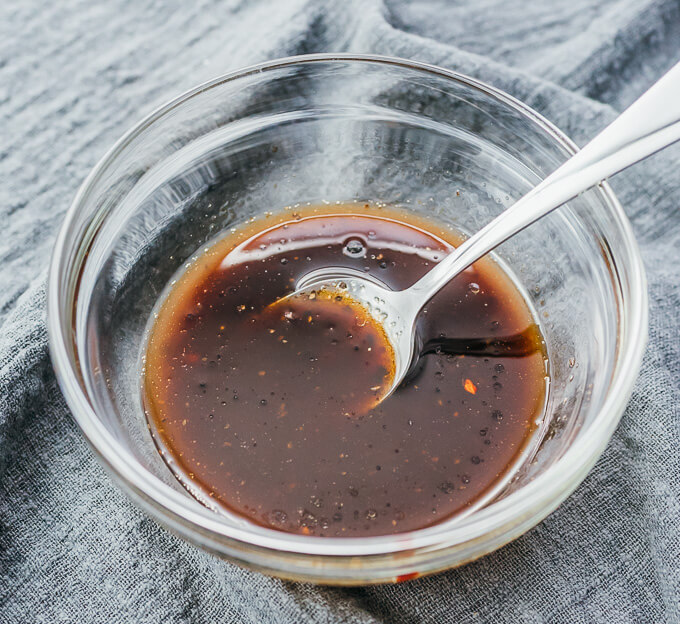 Any kind of cucumber variety will work for this recipe. I usually use one large English or Japanese cucumber that’s a little less than one pound. If you use smaller ones like Persian cucumbers, you may need to use two of them.

I usually use seedless cucumbers, but seeded ones will work as well. 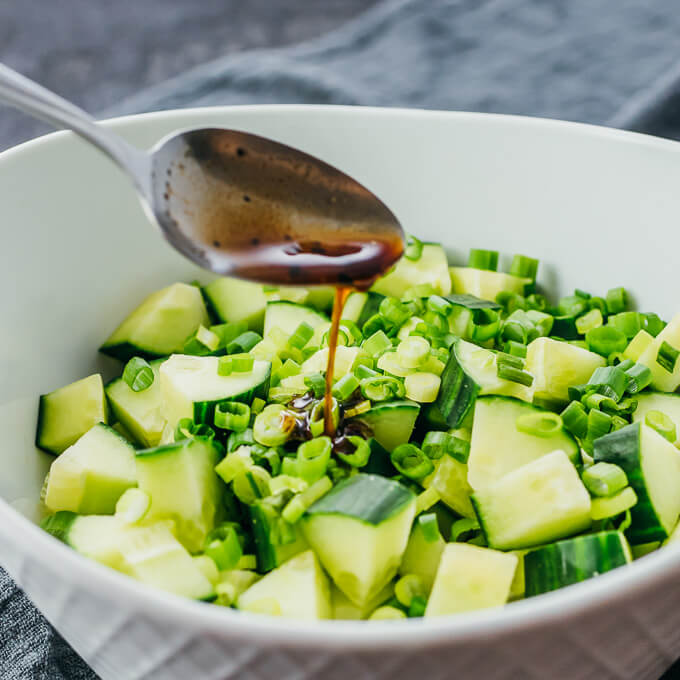 This recipe makes a generous amount of dressing, so mix well with the cucumbers to ensure they’re well coated.

Once the cucumbers and scallions are tossed with the dressing, let them marinate in the refrigerator for about thirty minutes so the flavors can soak in.

But don’t wait too long to serve this salad, as the cucumbers lose their crunch over time and the dressing will turn more watery when the cucumbers exude liquid. Even then, I still think it’s quite good, but some people might not like the texture as much. 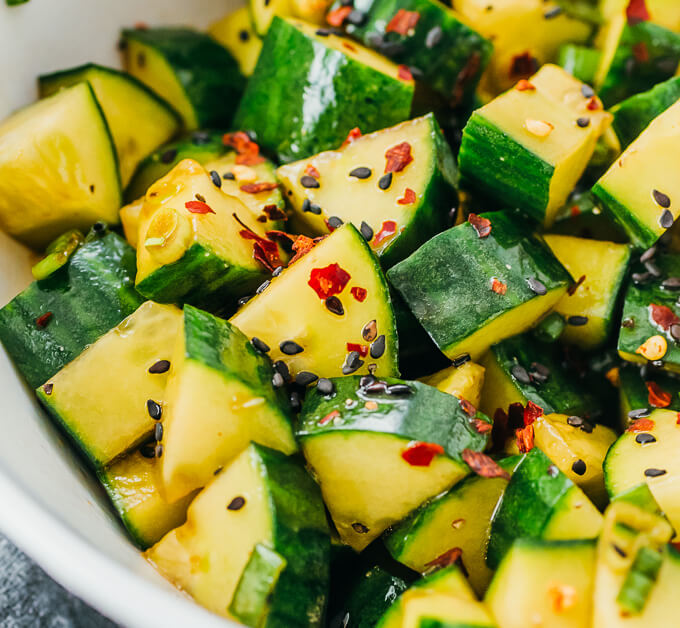 CHECK OUT THESE DELICIOUS ASIAN RECIPES: 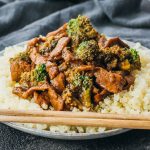 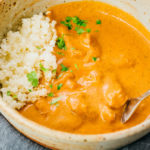 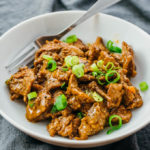 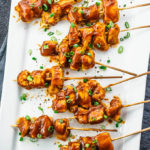 Delicious! I have made this twice now. I had regular soy sauce so I did about 1.2 tbsp soy and the rest water. This reminds me of the cucumber salad at Din Tai Fung! I love how you can just eyeball everything and add more of what you like (vinegar for me)
I’m so glad I discovered Savory Tooth. You have recipes that have become favorites!