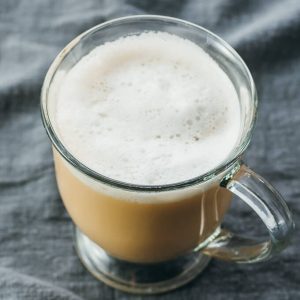 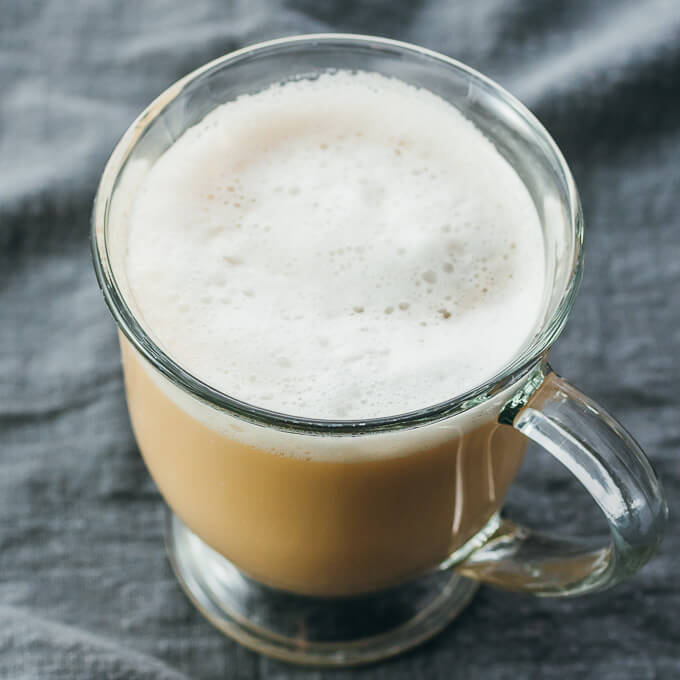 London Fog is an Earl Grey tea latte, concocted in this recipe using Earl Grey tea, vanilla almond milk, vanilla extract, and a low carb sweetener. While this drink is “light” in many ways, most notably in calories and carbs, it has a rich and decadent taste. The almond milk lends a smoothness to the drink and enhances the vanilla flavors.

If you’re looking for a hot cozy drink to wake you up in the mornings with barely a trace of calories or carbs, then London Fog is the drink for you. I’ve been frequently making this tea latte during the past few weeks (alternating it with Low Carb Hot Chocolate or Low Carb Eggnog), preferring it over coffee varieties like lattes and cappuccinos, and it only takes a few minutes to whip up.

I use my espresso machine’s frother attachment to steam and froth the almond milk, but you can easily do so without a frother via the alternate methods described below. 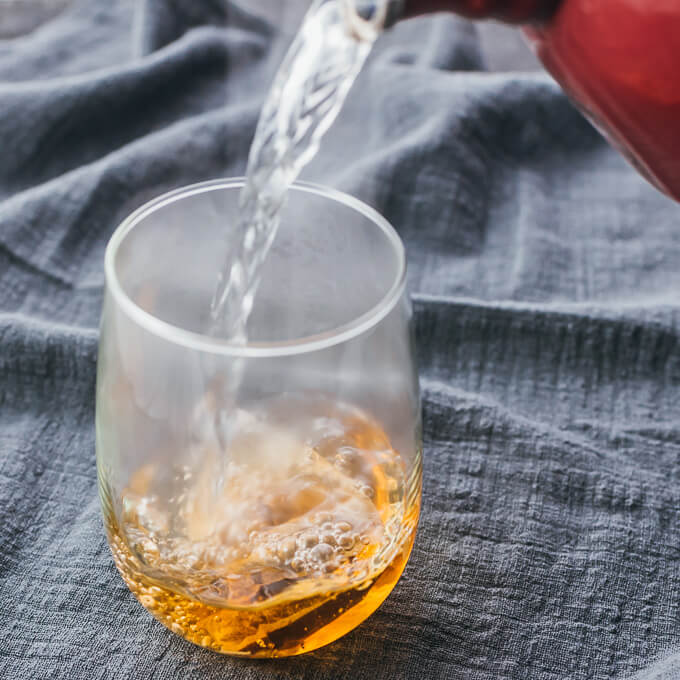 What is a london fog drink and where did it originate?

London Fog is a hot drink with Earl Grey tea, milk, and a sweetener. It goes by more than a few names — Vancouver Fog, Vanilla Tea Misto, or just Earl Grey tea latte. It apparently originated in Vancouver and is a common drink in Washington and Oregon as well.

There are many variations on this drink, all with their own names: Calgary Fog that uses maple syrup, Dublin Fog replacing Earl Grey with irish breakfast tea, Maui Fog that uses coconut syrup, and many more variations that use different kinds of tea or syrup.

My version of London Fog is the usual Earl Grey tea with milk except I use almond milk to reduce carbs and calories and I avoid vanilla syrup by using a combination of vanilla extract and a low carb sweetener. The result is the same great taste, but healthier.

What is in a london fog at starbucks?

Let me go over each ingredient in London Fog, such as you might find at Starbucks or other coffee shops: 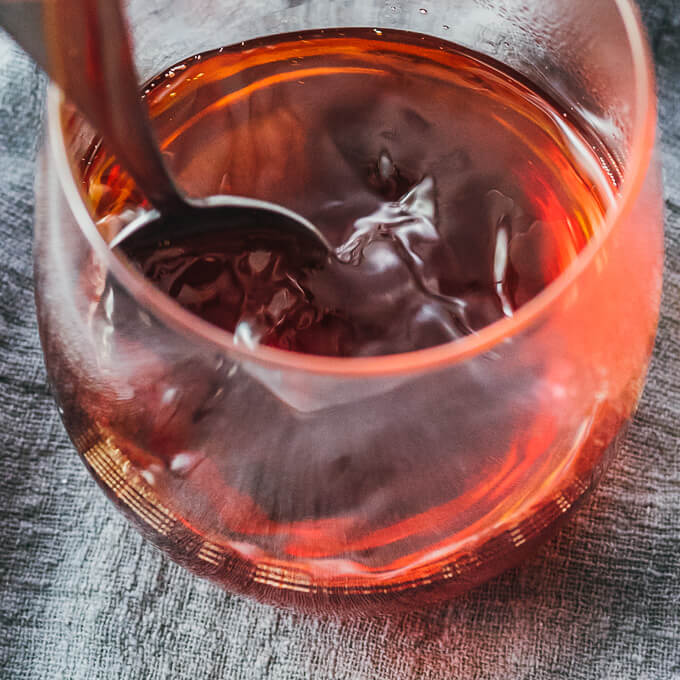 How do you make a london fog drink?

It’s easy to make a London Fog drink at home. First, steep a bag of Earl Grey tea with hot water for a few minutes or until it reaches a desired strength. While the tea is steeping, froth the milk until foamy and hot. Add vanilla extract and a sweetener to the tea, and then pour the frothed milk on top.

How do you froth milk without a frother?

You’ll want to use frothed and steamed milk for best results. Typically, an espresso machine’s steamer attachment or a frothing wand is used, but if you don’t have a frother then here are your options:

If you don’t have any of these tools, you can use a shake-and-microwave method:

I’ve tried using both a frothing tool and the shake-and-microwave method, and both work well. The latter doesn’t produce milk that’s as frothy, but it will work well for making London Fog. 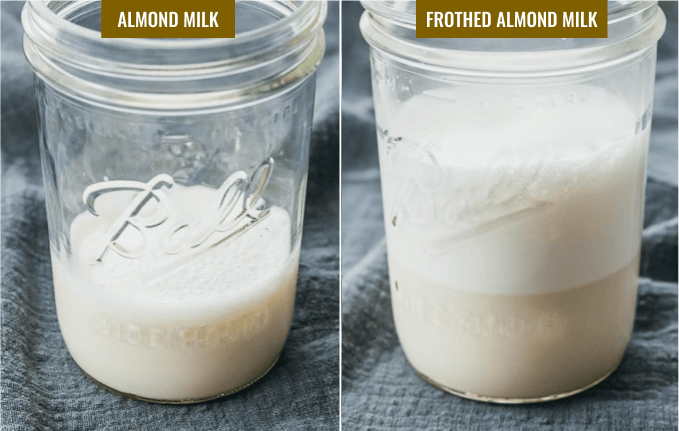 From Seattle, so this has been on my comfort list for a while. REALLY wish, on a regular basis, a stevia alternative if it is possible for that recipe. Erythritol, zylitol, malitol all have a fiber that blows up on people with an intolerance – I think a large segment of population. I use stevia and sometimes sucralose, although the latter causes problems in large quantities. London Fog is not horrible with only the sugar in plain milk and some milk alternatives. Thanks for your help! Hate to miss out on all the great recipes because of sweetener suggestion.

Stevia should work well, Mary. You can either (1) convert the 2 tsp sugar to the stevia equivalent by looking at your stevia’s packaging to see how it compares, or (2) add stevia to the drink at the very end so that you can add it to taste.

I use allulose to sweeten my beverages, it is also great for baking! There is no aftertaste. When using, use a 1:1 ratio.

Although I drink a small glass almond or cashew milk (vanilla, unsweetened) every morning, I actually preferred heavy cream as a sub in instead! I tried this with the milk alternatives then with heavy cream, and found the heavy cream has the fat to froth well and doesn’t separate when warmed (which my cashew milk definitely did – I don’t recommend that one lol!).

Thank you for the keto-friendly recipe – I have been looking for one without all that syrup and regular milk and happy I came across yours! I can’t wait to try the eggnog!

I’ll have to try it with heavy cream next time. Thanks for the suggestion, Carolyn 🙂 And I really recommend the eggnog — I just made a batch last week!

Omg this is so good!