Summary:
Each eggplant plank has a crispy and crunchy breaded exterior and is topped with a savory, garlicky basil-tomato sauce that is spicy. 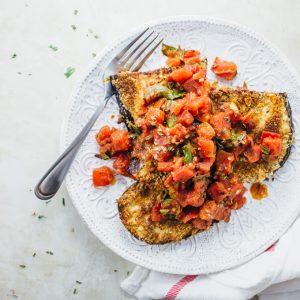 For prepping the eggplant:

For the garlicky tomato sauce: 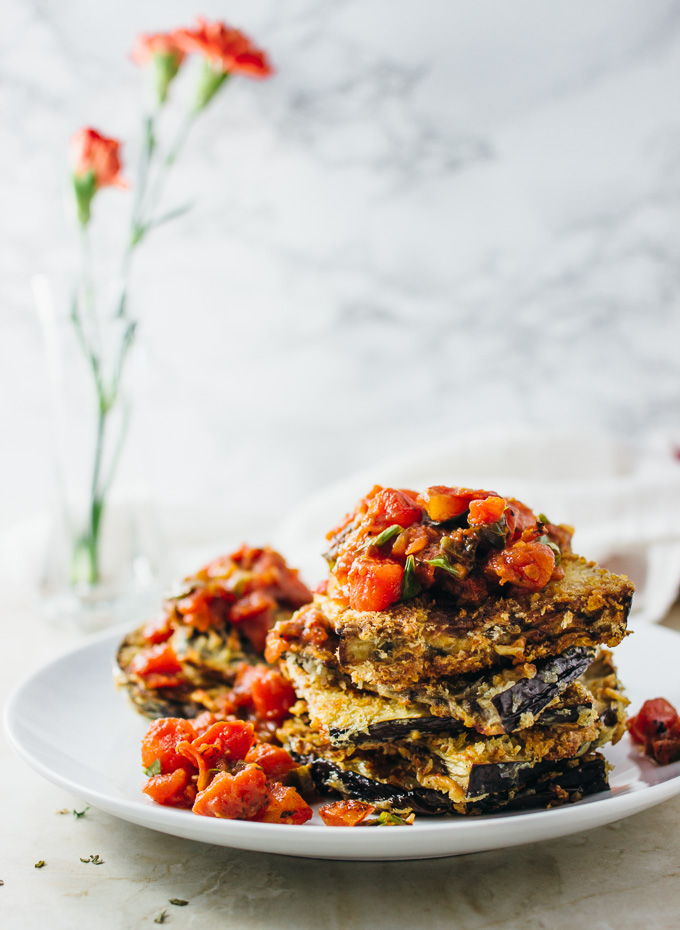 The perfect crispy eggplant parmesan recipe. Each eggplant plank has a crispy and crunchy breaded exterior and is topped with a savory, garlicky basil-tomato sauce that is SPICY. So many unbelievably good textures and flavors packed into this dish.

Seriously, I think I may have found my new favorite dish. I want to make this again and again. It just has the perfect combination of flavors and smells that makes me want to never stop eating it. I can’t imagine a better way of eating eggplant. The first time I made this dish was 6 months ago, and now I have definitely nailed down and perfected this recipe. I’m super excited to be sharing it today!

The technique for making this dish is similar to how it’s traditionally done, except that I skip the second round of eggplant baking. I first pan-fry it a bit on a skillet to remove moisture and then I bake it only once. I like to keep things simple around here. I also don’t bother with silly things like pre-salting the eggplant. I’ve kept the instructions as simple as they need to be without sacrificing flavor and texture. Additionally, I’ve added some savory favorites like LOTS of fresh basil and minced garlic plus some cayenne spiciness.

Note that this recipe is designed for two. Feel free to multiply for more mouths. Also, I recommend eating this as soon as the dish is ready and not making more for leftovers. The eggplant loses its crispiness over time, so gobble it all up as soon as it’s ready! 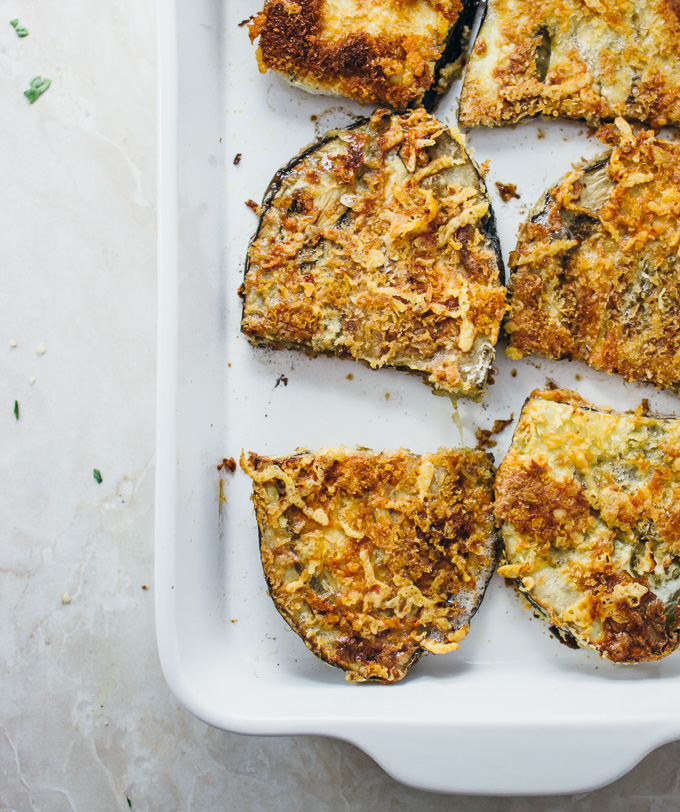 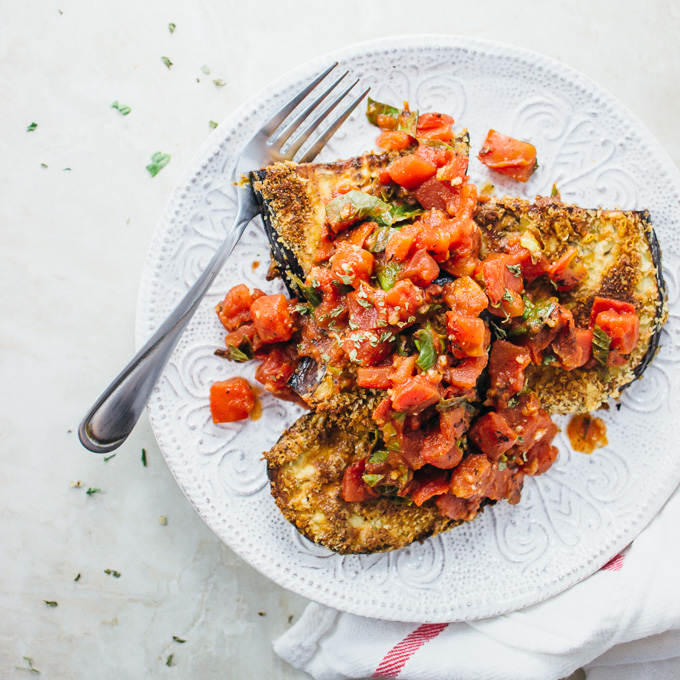 Wow, this was so crispy and amazing. Thanks for sharing