Summary:
Bacon wrapped asparagus is a tasty appetizer, stuffed with a cream cheese filling that's low carb and keto friendly. These are bite-sized, so conveniently easy to eat and serve at parties (you won't need a fork and knife for this). 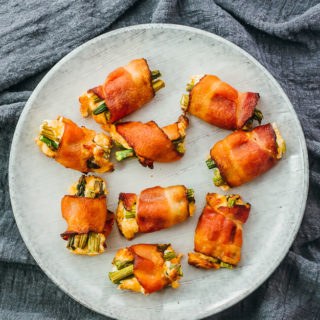 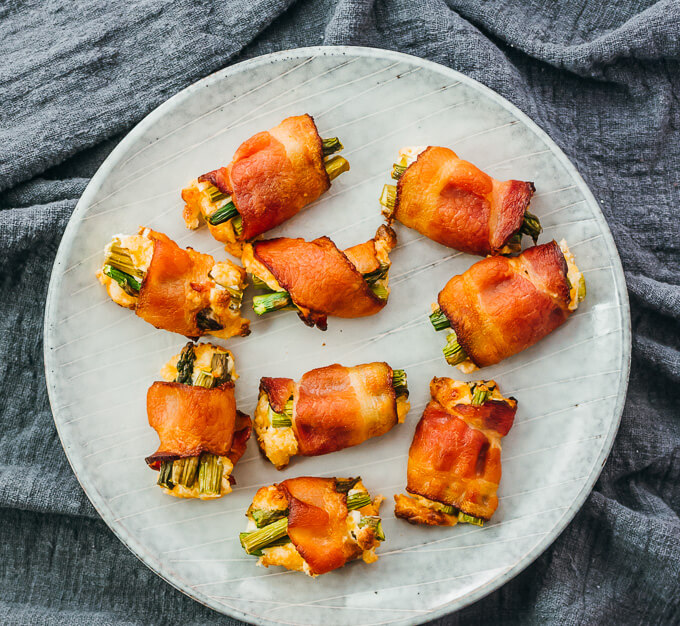 Bacon wrapped asparagus is one of my favorite holiday appetizers around Thanksgiving and Christmas. My only complaint is that it usually requires a fork and knife to eat, and it’s cumbersome to saw through asparagus spears when there’s bacon wrapped around them or when you get to the tougher woody ends.

This recipe fixes that by making them bite sized. The asparagus spears are pre-cut into convenient bite-sized pieces, bundled together with a cream cheese stuffing, and wrapped in bacon. They’re designed to be finger food served as an appetizer. 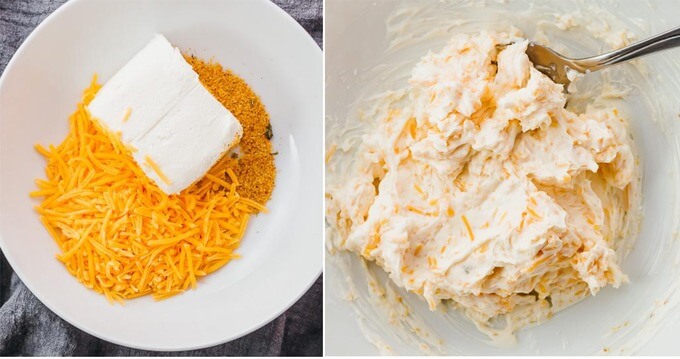 Wrapping everything in bacon is almost never a bad idea, like these bacon wrapped brussels sprouts that are always a hit during fall and winter months.

I took inspiration from my bacon wrapped and cream cheese filled jalapeños by stuffing these asparagus bites with the same cream cheese filling, made with cheddar cheese and garlic powder. It brings the flavor up a notch and adds a creamy texture to every bite. 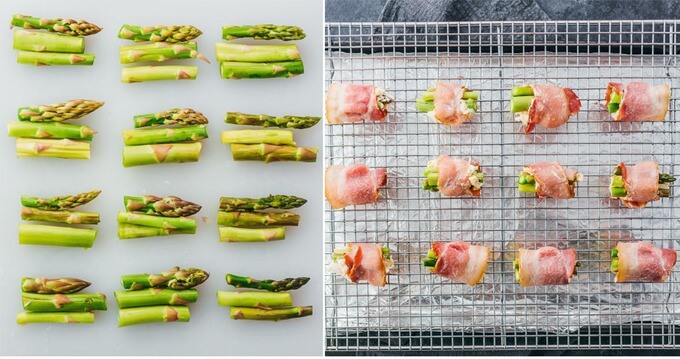 I’ve tested this recipe by wrapping with a single vs a bundle of asparagus stalks. The single wrapped asparagus was too heavy on the bacon and need more asparagus flavor, so I opted to use a bundle.

The bundle is formed by cutting an asparagus spear into thirds, giving an optimal amount of asparagus and bacon flavor in each bite. It’s also much easier to spread a dollop of cream cheese filling onto a bundle and have it stay in place while you wrap with bacon. 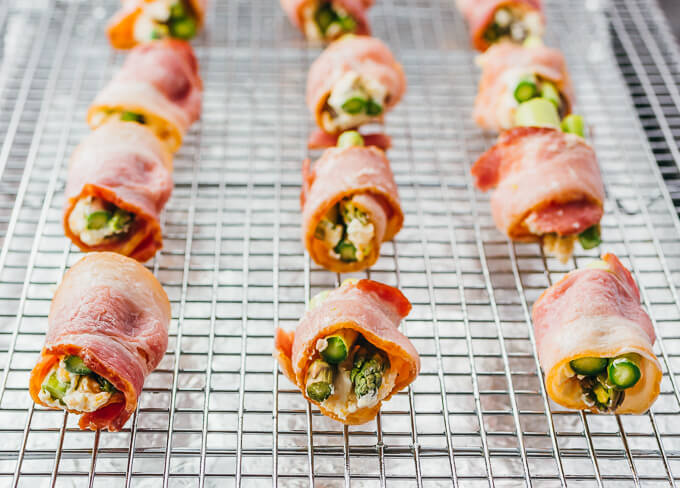 Here are some tips for making these asparagus bites: 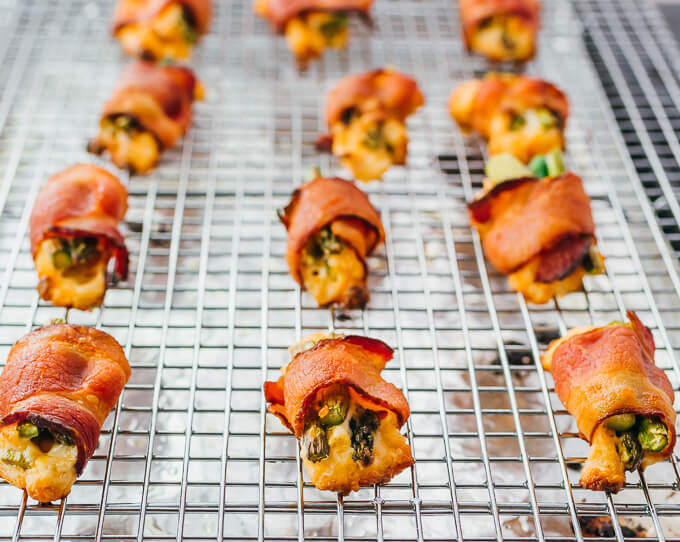 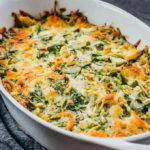 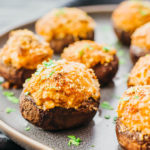 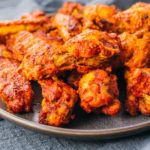 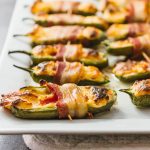 Made these tonight. Big hit.

Newsletter
Subscribe and get the latest low carb recipes by email?
Vote Up0Vote Down  Reply
Paulette

A Thanksgiving appetizer for sure! Why doesn’t a picture appear on the paper when printing the recipe? Seeing these little beauties almost compels you to make them!

A lot of people prefer not to have the image on the print page, so I have it disabled. Maybe they’re using black-and-white printers, or they don’t want to waste ink.