Summary:
These lemon cheesecake fat bombs are snack-sized frozen treats made with cream cheese, butter, lemon juice, and a sugar-free sweetener -- one of the easiest keto and low carb desserts. 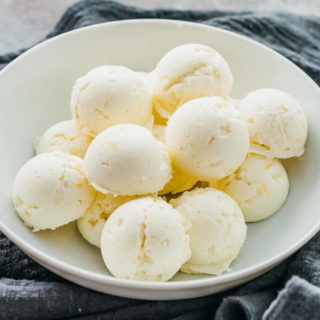 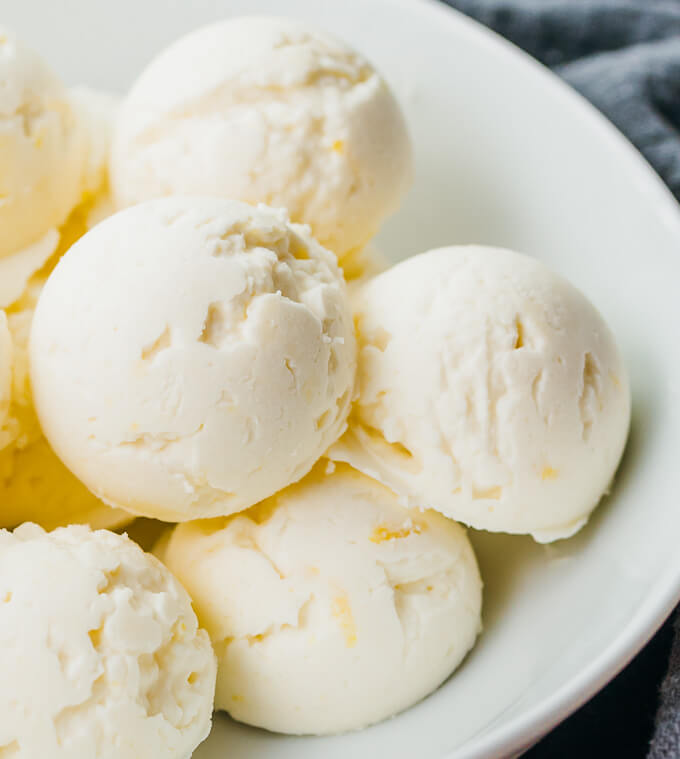 “Fat bombs” are bite-sized snacks popular among those who follow a keto diet. They’re convenient, portable, easy-to-make treats that meet the diet’s macronutrient recommendations — low in carbs, high in fat.

This recipe is all about lemon cheesecake fat bombs. You only need five ingredients to make these bright little treats, and they taste like frozen cheesecake bites. Their texture reminds me of ice cream! 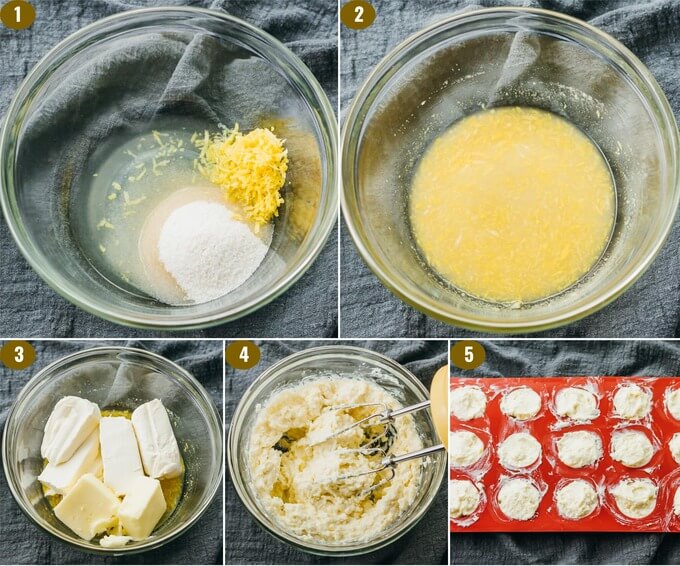 I use these round silicone molds pictured above. Any kind of freezer-safe mold will work. This recipe makes about 16 fat bombs, so you’ll need that many compartments if you want similarly sized fat bombs.

If you have a different sized mold, that’s fine as well. You’ll just end up with smaller or larger fat bombs. If you don’t have a mold, you can either buy one or use anything you have lying around your kitchen, even ice cube trays.

I also recommend using an electric hand mixer to combine the cream cheese, butter, and lemon mixture. It may be possible to do it by hand, but you likely won’t end up with a very smooth mixture. 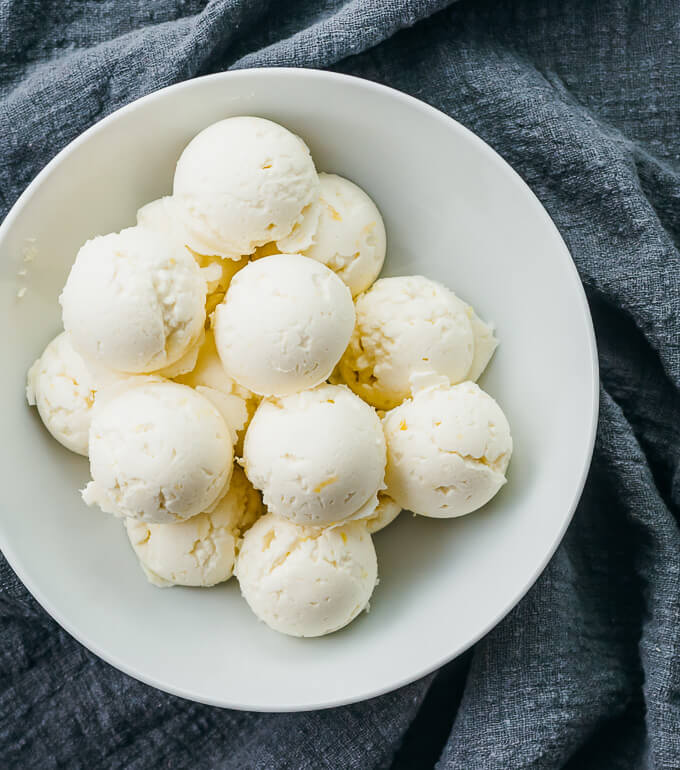 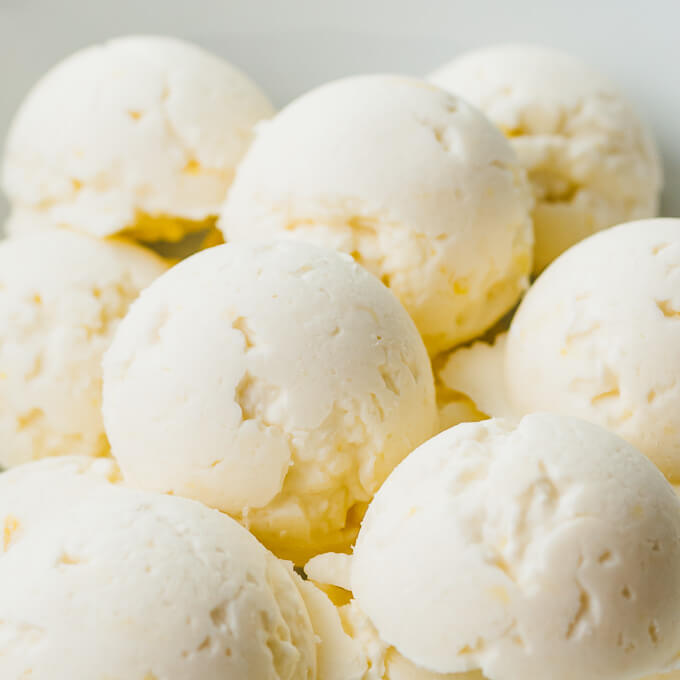 CHECK OUT THESE TASTY KETO DESSERTS: 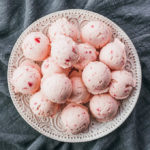 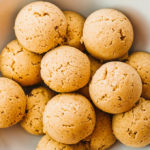 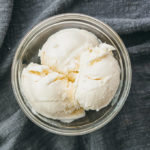 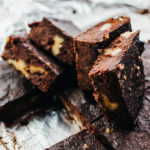 If you want your lemon fat bombs to be a nice lemon color, try adding 1/8 of a teaspoon of ground turmeric to the recipe. It won’t change the flavor but will give you a nice yellow lemon color.

I’ve wondered about that. Thanks for sharing the idea!

I made these as lime instead of lemon. Still just as good. I did not have mold so I’m freezing it in the bowl then gonna scoop into balls and freeze longer

I used lemon extract and didn’t have any lemon zest. Then I also substituted stevia for the sweetener. My family didn’t think that it was the best, but I didn’t even freeze it. I sat down and ate the whole thing. I even sprinkled some Lily’s chocolate chips in it. I was great.

Love these! I was licking the mixer blades before I even froze them! I made smaller bombs and got 30 mini ones as I did not have the same size molds as you. I also used sweet confectioners and measured it the same! These are delicious and I will try other flavors too! Thank you!!

Newsletter
Subscribe and get the latest low carb recipes by email?
Vote Up4Vote Down  Reply
LesisMore

This is making keto easier and easier. I have a sweet tooth after eating, and these are going to help big time. Thank you! They’re in the freezer now, can’t wait to try them.

I’ve made these several times and they have yet to make it out of the bowl and into molds. I pop the bowl in the fridge for a few minutes and eat it with a spoon. So delicious!

It didn’t make it to the fridge. Yum!!! I added True Lemon for a little lemon kick. I also used Lakanto Monkfruit sweetener.

Just made these! After I softened the butter and cream cheese, I realized I was out of lemon extract😡 I had a box of Jello brand sugar free lemon pudding so I dumped it in, figured how bad can it be….Added a Tbs of sweetener and a dash of vanilla and WOW! Next time I’ll use extract but today, success. Thanks for the recipe. Can’t wait til they’re out of the freezer!

The recipe calls for fresh lemon juice. I don’t know if the lemon extract will affect the net carbs.

I’m sure you are aware by now as this was a comment 4 months ago, but all Jello sugar-free products contain aspartame. I’ve so far, only found a few sugar-free puddings by Great Value that do not use aspartame. Just an FYI! : )

I don’t have any sweetener at home.. can I just use regular sugar instead?

Yes, regular sugar will also work for this recipe. It’ll have the extra calories and carbs that come with using sugar, of course.

Tried this recipe last week. My butter was not soft enough and it didn’t blend properly. I ate the recipe any ways because the flavor was so amazing. I made them again today and let the cream cheese and butter soften plenty. I also added the lemon juice mix a little at a time so it incorporated really nicely this time. I put the bowl in the fridge but I may need to make another batch because I’ve already eaten about half of it. I planned on taking these on a road trip this weekend. Now I know to double the recipe because I can’t be trusted to have actual bombs after making them. Lol
Thanks for an amazing simple recipe.
***** 5 stars for sure!

Made them with lime! Super yummy!!! Thank you for sharing 🤗

This is absolutely the best recipe for a fat bomb I have run across! Two thumbs up!
Thank you

Hi! What would be the net carb total if I used Stevia instead?? Thank you! 🙂

This can vary by brand and what else they have put into the sweetener, so your best bet is to check your stevia’s packaging and look at the nutrition facts label. Or look it up online. If you don’t know how to calculate net carbs from looking at a label, I recommend reading this guide.

I just made these and they’re in the freezer now! I adjusted the recipe to use the entire 8 oz package of cream cheese, along with approximately 2.5 Tbsp fresh lemon juice, just over 1 Tbsp lemon zest, 3.5 Tbsp granulated Swerve, and ~5 Tbsp salted butter. I used silicone pineapple and skull molds because I had them handy. I obviously had to “taste test” the mixture before freezing it, 2 rounded small soup spoonfuls! It had a slightly salty/savory, tart, and mildly sweet taste with minimally bitter tones from the zest; overall very well balanced! Of course, I’ll have to have another taste once they are satisfactorily frozen! Great recipe and I’ll likely make a batch of your strawberry version in the very near future! PS: I unsuccessfully tried to edit this to 5 stars!

I’m thinking I might not have mixed mine enough. They were a little grainy and not smooth. However, the flavor is amazing, but I love lemon. I will try again.

Newsletter
Subscribe and get the latest low carb recipes by email?
Vote Up0Vote Down  Reply
Lynn

Have you ever tried substituting key lime juice for the lemon for a key lime pie kind of bomb? I’m wondering if the ratio would be the same.

I haven’t tried making that substitution before, but I think it would work well. My suggestion is to add only 1 tablespoon key lime juice and see how the mixture tastes after beating everything together with a mixer. Then, if you need more lime flavor, add more to taste.

If you give it a try, please let me know how it turns out for you.

These are seriously amaaaaaaazing!!! Thank you!! I can definitely stick to low carb with these around! Seriously just like cheesecake!!!

Amazingly delicious!!! Im doing keto and sometimes want sweets with low low carbs and am not getting enough fat. This recipe satisfied both. Love!

Newsletter
Subscribe and get the latest low carb recipes by email?
Vote Up0Vote Down  Reply
Mindy

I’m new to Keto. The sweetener is puzzling me regarding total carbs. Sweetener says 4 carbs per tsp, and there are 3 tsp per tbsp, or 12 carbs per tbsp. Your recipe calls for 3 tbsp of sweetener, wouldn’t this recipe have 36 carbs? Plus the lemon juice.
I ask because I teeter on the edge of ketosis every day, and am desperately trying to figure it out.

Sweeteners that use erythritol, like this one, are sugar alcohols which are non-impact. Just like how you would subtract out fiber to calculate net carbs, the same goes with sugar alcohols. To learn more about net carbs and keto in general, check out this guide: https://www.savorytooth.com/how-to-start-low-carb-diet/

I was wondering if I could use coconut manna in place of the butter, or half of the butter? Also, I was thinking pineapple flavoring would make these taste like pina coladas! I love, love, love all of your recipes. Everything that I have made from your site tastes like normal food lol. Thanks for giving your time to post everything!

Haha thanks for your comment, Cathy 🙂 I think coconut manna would likely work for this recipe. And pineapple flavoring sounds amazing. If you give it a try, let me know how it turns out!

These are so yummy I didn’t have any lemon peel so I used lemon extract and because I love lemon I just kept adding until it was perfect for me. Next time I’m going to use Meyer Lemon.
I bet Lime would be great too.

Can I add coconut?

Newsletter
Subscribe and get the latest low carb recipes by email?
Vote Up-1Vote Down  Reply
Julia

What kind are you talking about? Dry, finely shredded coconut flakes — that should be fine. Coconut oil — I wouldn’t ADD it but you can REPLACE the butter with it, using a smaller amount.

I top with a teaspoon of whip cream just before eating

I used unsweetened coconut flakes and it is delicious! 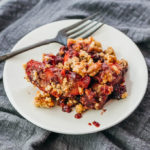