Summary:
This eggnog drink is made using low carb ingredients including almond milk and a sugar-free sweetener. It's perfect if you're looking for keto-friendly drinks, and you can enjoy it with or without alcohol. 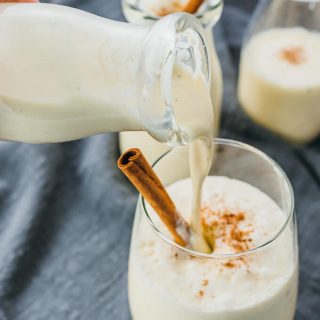 Nutrition information does not include erythritol, which cannot be digested by the body. 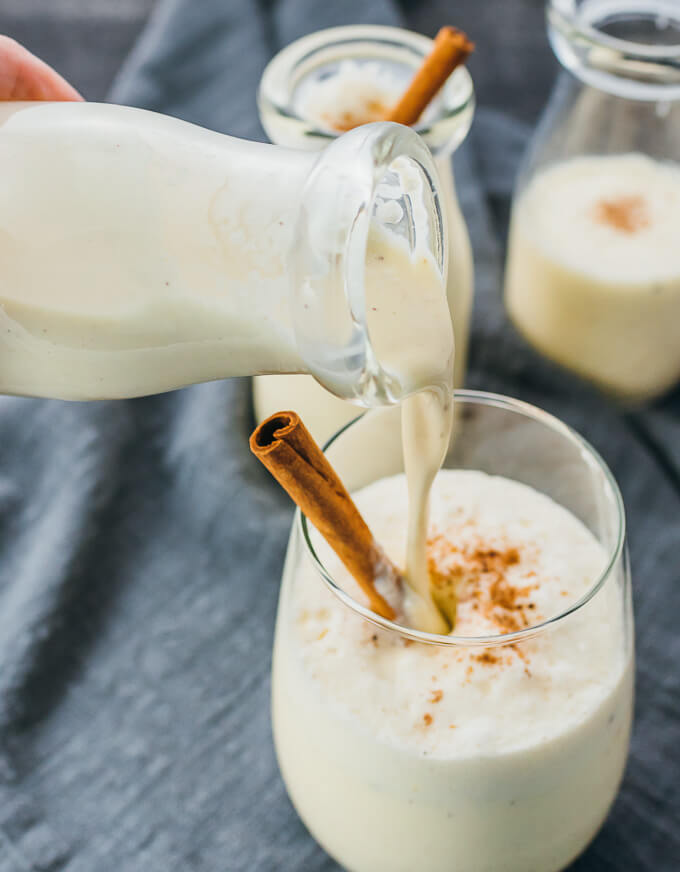 With homemade eggnog, you can enjoy it any day of the year, and it’ll be better than store-bought versions since you can tweak it to your tastes. And it has fewer carbs — guilt free eggnog. The texture is creamy and smooth, with a sweet taste and hints of nutmeg and cinnamon. It’s surprising how easy it is to make, consisting primarily of heavy cream, almond milk, egg yolks, and a low carb sweetener.

STEP BY STEP: HOW TO MAKE HOMEMADE KETO EGGNOG:

Digging into eggnog’s history, I learned that it originated with the British aristocrats, who drank hot eggnog and spiked it with sherry or brandy to prevent it from spoiling. Eventually, eggnog hopped the pond and American colonists started enjoying eggnog with cheaper and more readily available liquors such as rum. Soon it became a popular fixture at winter holiday parties and it has since kept that tradition.

No one is really sure how the name came about, but some suggest that “nog” comes from “noggin,” which is a wooden mug used for serving alcohol. The combined term “eggnog” became commonplace by the late 18th century.

My list of eggnog ingredients is typically sans alcohol and whipped egg whites, but I’ve included instructions in my recipe on how to incorporate them. For alcohol, I recommend rum, bourbon, whisky, or brandy, and about one ounce per serving. You can add the liquor at the last step after the eggnog has chilled.

The whipped egg whites are also optional. If you prefer the texture of store-bought eggnog drinks, you will likely want to skip the egg whites; on the other hand, if you prefer a foamier eggnog, then you will love the extra volume and fluffiness of the drink once you’ve stirred in the foamed egg whites.

I use powdered erythritol as my low carb sweetener of choice, which is about 70% as sweet as sugar. It has no effect on blood sugar or insulin, and your body actually cannot digest it. I buy erythritol online in granulated form, and use my Nutribullet to pulverize it into powder, making it more easily dissolved with other ingredients. You may substitute with another type of sweetener as long as it’s also in powdered or confectioners form and you make the appropriate conversion. 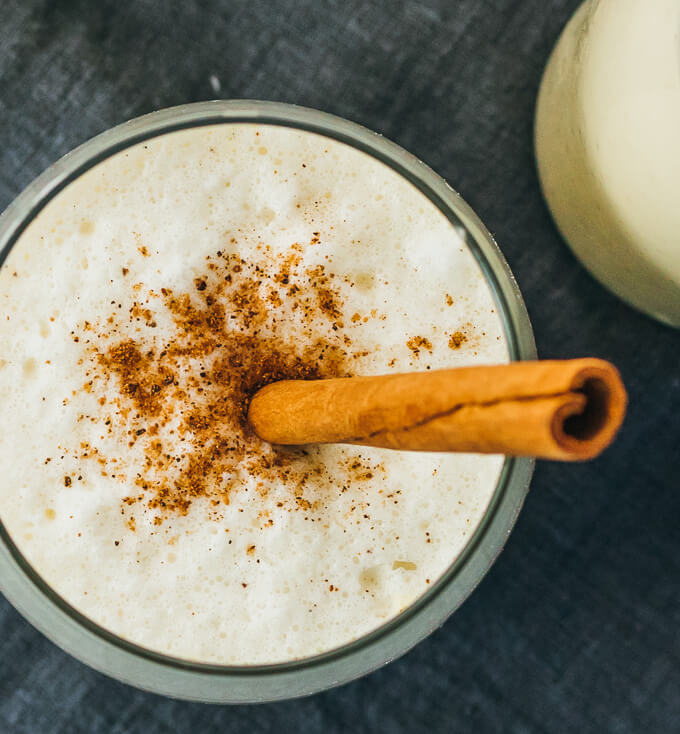 If you love this eggnog, I also recommend these keto friendly and low carb desserts: pumpkin cheesecake bars and peanut butter cookies. 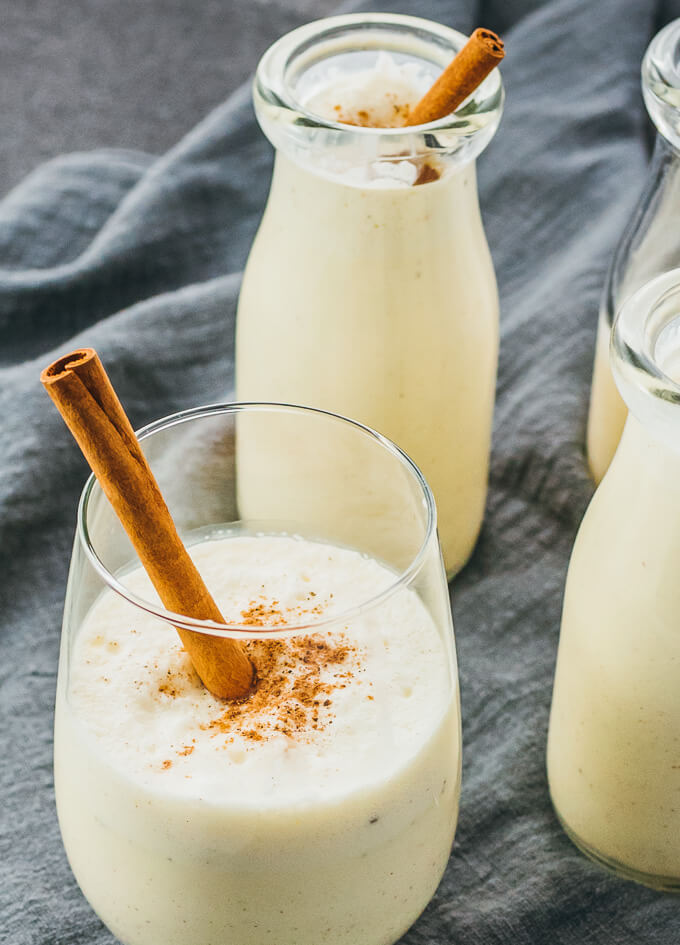 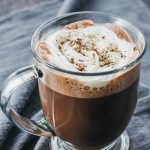 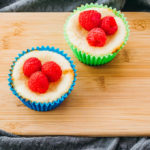 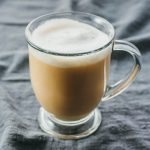 You can try heating the eggnog to 160° in a slow cooker on low, stirring occasionally.

I’m wondering where the carbs come from if the erythritol isn’t included?

Can I add a flavour to it, like chocolate, pistachio, prunes, coffee..?

Yes, I think that would work well with this eggnog recipe. All of your flavoring suggestions sound delicious.

I hate eggnog…like it makes me want to lose my lunch. But I always buy it for my husband and younger son because they love it. Now that we are on keto, store bought eggnog was out (yay!!) My husband was pretty disappointed. Then I found this recipe. Oh.My.Word!! I totally fell in love. I am a convert. This is my new favorite keto recipe!!

I love this! This is my favorite egg nog! 😊 Thank you so much for this recipe!!

This is so good. Great recipe as written. However I did use xylitol but less of it. About 1/2 cup powdered. Xylitol is sweeter than erythritol in my opinion. I also added a little more cinnamon at the end as well as about 1/2 tsp rum extract and 2 pinches salt. The rum extract took it to the next level. Thanks for the recipe!

Does it have the cooling effect that erythritol seems to have?

It does not. The cooling effect can happen in baked goods when too much erythritol is used, but I’ve never seen it happen with liquids before.

Can I use Stevia

Yes if you do the conversion so you add the right amount. I use erythritol which is 70% as sweet as sugar.

Start with 1/2 cup. After Step 3, when it’s cool enough do a taste test. Add more to taste as needed. Then proceed to Step 4.

I can’t wait to try this! I’m so excited! However, I’m going to have to try and substitute the almond milk with unsweetened, full fat coconut milk. Nut allergies in the house. Hopefully it will turn out fine.

I hope the coconut milk isn’t too overpowering and that it turns out well for you. Keep me updated 🙂

I’m also going to try with coconut milk as I’m sensitive to almonds. Any updates on this?

3/4 cup sweetener is way too much, it’s like drinking slightly egg flavored sweetener. Other than that the flavor profile is pretty good.

Did you use erythritol? If you used something else, like an erythritol blend such as Swerve or monkfruit, then you would’ve had to make the necessary conversion first. FYI pure erythritol is about 70% as sweet as sugar. Also, did you use powdered or granulated? Powdered can take up a lot more volume, which would make a difference.

regular eegnog is not heated eggs and all, what is the reason for heating this eggnog,especially after whiskey and rum are added

Heating works like custard base. Makes it thick and creamy

Look at your stevia’s packaging. Does it say how its sweetness compares to that of sugar? Add an amount equal to 3/4 cup sugar.

My preference is hot eggnog, does it taste great hot?

Can this be frozen after preparing?

I haven’t tried freezing this, so I can’t say how it’ll turn out.

I haven’t tried this yet, but I whineslty would think it would freeze well. There is such a high content of fat that I’m pretty sure it would be stable enough to freeze and not crystallize too bad. Also, these ingredients are very similar to an ice cream base so I think it might be amazing! It would be awesome to make a parfait with it

Are the egg yolks heated enough to be considered “cooked) for those who may be immunosuppressed…chemo and transplant patients and the like?

The egg yolks are heated to 160 F. I’m not qualified to say if that’s sufficient for anyone who’s immunosuppressed.

Merry Christmas to me because this eggnog is AMAZING. It’s hard to believe that it has no sugar in it. It’s better than anything I’ve ever bought in a store and so good that my mother-in-law tried it and immediately asked for the recipe. I did use pure liquid stevia instead of erythritol, just because of personal preference.

One question- how long does this keep for?

Thanks Sarina! It keeps well for at least 3-4 days. It’ll likely last up to a week, but I usually drink it up much sooner than that so I haven’t been able to test to be certain 🙂

Sarina, how much stevia did you use? I prefer stevia as well…

I am so glad someone asked this question. I was wondering, but it didn’t say up top. It took me forever to finally find this.

Me and my Daughter made this the night before Thanksgiving and it was a big hit with my family the next day. Even my picky granddaughter loved it. LOL

Must try this! Maybe at Christmas? 😉 Love the quotes! 😂

That would be great!! Haha I’m glad you love the quotes 🤣